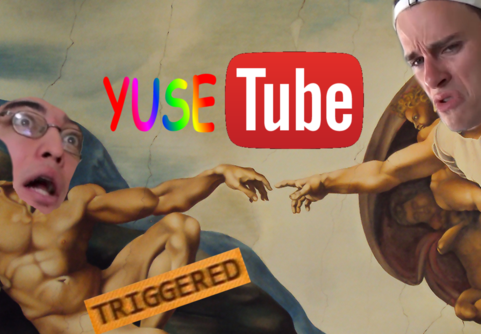 "Francis of the Filth and Friendly of the Jordies two pillars of the community come together right now over you...tube."

As Frank spends some time in the Aussie-Sphere (though generally in the DubbyaDubbyaAy's) it's plausible we could inspire an attempt to organise some sort of meet up and goof off between them and laugh at the strange goings on. Could fall flat on it's nuts, could be a riot if it does happen you can always flaunt it at awkward social gatherings with your goon-faced muppets.

Feel free to sign the petition and attempt to make people aware of it via or whatever.