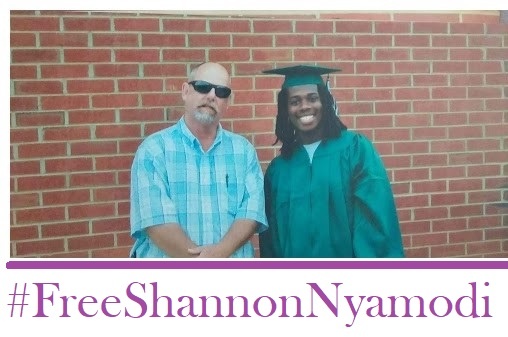 Shannon Nyamodi is one of hundreds of wrongfully incarcerated prisoners in North Carolina. He has spent his time getting educated in as many fields as the prison system will let him. He has endured unimaginable atrocities and has compromized lungs and a wired jaw to mention a few things. Somehow he still maintains hope like the Biblical Joseph in slavery and David in exile.

He had submitted clemency paperwork and was on the Innocence Inquiry commission caseload when the COVID19 pandemic broke out in the prison system. He submitted an affidavit speaking out about the horrific conditions in prison as part of the class action lawsuit against the Gov. of North Carolina.

In retaliation, Shannon has been removed from the innocence inquiry commision cases, he has been threatened with torture and death by the state of North Carolina.

This young man is the victim of dispicable racial hatred in the criminal justice system but has shown great courage and proven the excellence in the content of his character. He should not have to die for this.

We are asking you to sign this petition to tell Roy Cooper Governor of the state of North Carolina to #FreeShannonNyamodi immediately.