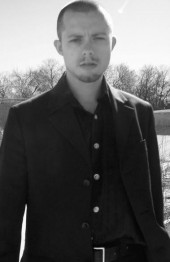 Jesse was sentenced to 9 years for simply accessing his work computers remotely without authorization. known online as "GhostExodus" he was sentenced in 2009 under, the unjust, Computer Fraud and Misuse act. He was convicted for two counts and sentenced to 9 years in federal prison. He hurt nobody, stole nothing, and caused no damage. His motivation, his crime was simply that of curiosity.  We believe he has served enough time for the crimes he was charged for, we also believe that the sentence given to him, and the circumstances leading to his sentencing were unfair and perhaps criminal. It is time to FREE GHOST. Please SIGN THIS PETITION and LEAVE COMMENTS, support our efforts to send a message that we the people would like to  free Jesse W Mcgraw. By signing this petition maybe the powers that govern will get the message that we do not approve of the way they have been, and are operating. The movement to reform computer crime laws begins with us. Through Ignorance and fear of what they do not fully understand, law makers have passed apalling legislation, and now these absurd laws are enforced along with the unjust sentencing guidelines imposed under these preposterous laws for otherwise petty and harmless crimes.

We desperately need YOUR attention to make positive change.

Embed this petition in your sites and spread it around.

You can send letters of support to Jesse at the following address.