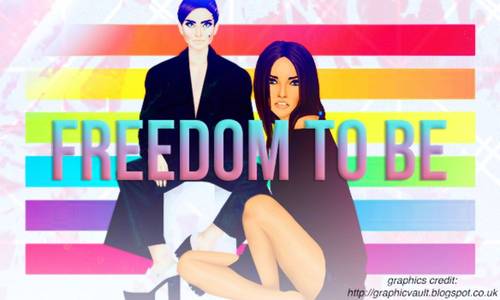 Stardoll.com is a Swedish based free-to-use browser game aimed at those with interests in fashion, beauty and interior design, as well as those who wish to be provided with a safe online space in order to be who they truly want to be – much like the “express yourself” outlook Stardoll choses to portray on their website and official social media accounts.

With a substantial and continually growing user count of 300 million users, there is also an almost countless amount of LGBTQ+ community members (as 1 in 10 people identify as gay alone, approximately 30 million of those members are apart of the LGBTQ+ community) that use the site on a daily basis – A community that Stardoll continues to ignore, most apparently with the banning of the word Lesbian and the risk of deletion when using words such as gay and transgender, as well as stating that they do not wish for children to be exposed to homo/heterosexual ways of life (which is problematic in its own right) but continue to make designs of heterosexual couples.

I have never witnessed an account, in which one has been deleted or even sent a report for talking about their heterosexuality – however, the same cannot be said about the opposite.

As made obvious by real life situations, many of the LGBTQ+ community continue to struggle with personal mental and physical issues, and for some, Stardoll is the only method of escape.

So many young teenagers and children resort to Stardoll in a hope that they may be able to forget their troubles in a fun, uplifting and enjoyable manner, all to have handfuls of homophobia/transphobia thrown directly at them.

Sign this petition to help bring awareness to the Stardoll staff & other members of Stardoll, and eliminate the blatant homophobia and transphobia that the website produces.