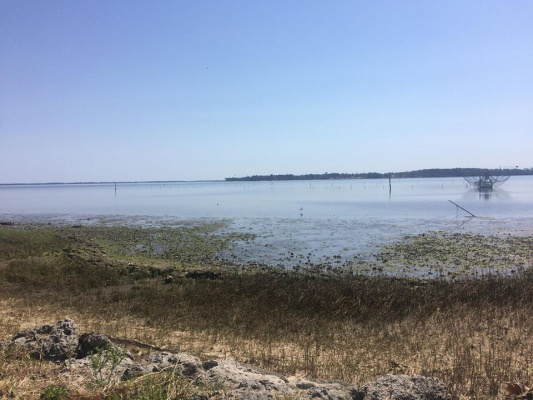 Freedom for the Reels Brothers

We are family and friends supporting Melvin Davis and Licurtis Reels who are incarcerated in the Carteret County Jail in Beaufort, NC. They went into jail on March 17, 2011 for simple trespassing and contempt of court. They have not been outside during all that time. They refused to vacate land that had been in their family for more than 100 years.Their family seeks supervised release while their case is argued through the justice system.

We are trying to collect at least 5,000 signatures to send to Governor Roy Cooper of NC to get these men released. They will have another day in court before the NC Supreme Court, hopefully late 2018.

Visit our Facebook Group: Indivisible Carteret: Freedom for the Reels. Their story is one of men being taken advantage of because they own beautiful waterfront land along Adams Creek and developers want to steal the property from them.

Imagine being in jail for since March 17, 2011 with little prospect of release? Your crime? Refusing to vacate land which has been in your family for 60 years. Melvin Davis and LiCurtis Reels are convinced a development firm illegally seized their land by misusing the Torrens Act. They are being held for contempt of court and are incarcerated in Beaufort, NC.

When Mitchell Reels died in 1970, leaving no will, his heirs, including daughter Gertrude, believed the land was theirs. Two of Gertrude's sons, Melvin Davis and Licurtis Reels, built houses on the land.

Then, Mitchell Reels' brother, Shedrick Reels from New Jersey, came in to the picture. He presented a deed to the land saying his dad, Elijah Reels, wanted him to have. The deed was dated 1950 – six years after Elijah lost the land and Mitchell purchased it.

In 1978, the Reels family hired a local attorney to represent them against the claim by Shedrick. They won the case. The court ruled that the 1944 deed was the legitimate claim and the Mitchell Reels Heirs are awarded title to the land.

In 1979, a Torrens Act certificate was obtained by Shedrick who had no legal claim to the land. The certificate stated that the Reels have no objection to giving a parcel of land to Shedrick Reels.

The Torrens Act is used when land is in dispute. During such an action, all the heirs to the land should be notified, and a new claim is registered to the new owner. None of the Reels family in Merrimon were notified. The court ruled that the clock had run out on an appeal to get their land back and eventually, Shedrick Reels sold this parcel to Adams Creek Associates.

Melvin Davis and Licurtis Reels were incarcerated when they refused to destroy their homes and leave the land after the courts ruled that Adams Creek Associates legally owns it. The family has continued to fight this ruling.

PLEASE HELP AND SIGN THE PETITION FOR THEIR RELEASE!