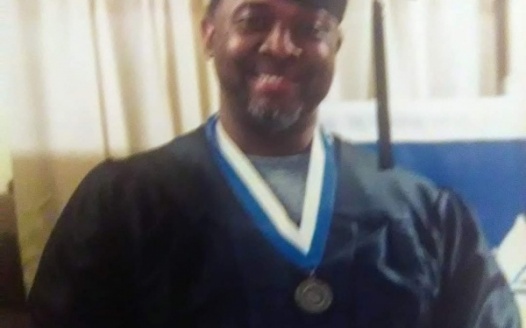 A Criminal complaint was filed on 1/2/2000 in Milwaukee County alleging that Mr. Baker shot F.J, because she had seen an shooting Mr. D.L was allegedly to have committed. The connection between the two cases were made by a complaining witness who has since admitted to perjury and lying about the entire occurrence. Mr. Baker was subsequently unlawfully convicted of first degree reckless homicide. All charges were dropped against Mr. D.L being it was discovered he never shot anyone, and the allegations against Mr. Baker were false.

Outside of this witnesses admitting perjury, Mr. Baker was not afforded a fair and imperial jury trial, because of a bias jurors, officer testifying to statements without a witness to attest to it, Mr. Baker was interrogated for 18 hours straight while being handcuffed to a wall with his arm in an elevated level.

As a result of these and more actions taken by the prosecution representing the State of Wisconsin, Mr. Baker has sat for 21 years as a prisoner sentenced under the prejudicial "Truth in Sentencing" law, which turned out to be an incomplete piece of legislation during his sentencing.

In 2005 Mr. Baker was diagnosed with PTSD (Post Traumatic Stress Disorder). During Mr. Baker's sentencing the Judge reasoned sentencing Mr. Baker to prison well into him becoming a senior citizen, because he fled the scene and did not render aid to F.J. Mr. Baker has been examined by many doctors who opined that his fleeting the scene of the accident was the result of him suffering from PTSD at the time of the occurrence. Despite all that happened to Mr. Baker he does depreciate the fact that a life was lost in this tragic accident nor does he make any excuses for his actions. For he lives with it every day as it replays over in his mind and he thinks of what he could've done different.

Mr. Baker has constantly been on a path of rehabilitation with hopes of helping others not to make the same mistakes in life he has made. Mr. Baker prays that a gate can be opened to him being that he has serving adequate time for this accident.

To date Mr. Baker recently graduated from Trinity International University with a Bachelor of Arts degree in Biblical Science and Psychology with honors. He is an alumni of Restorative Justice wherein he took a pledge to dedicate the rest of his life "to help without harm".

Mr. Baker is a certified Pro literacy Tutor and an Ordained Minister of Life. He spends his time mentoring free and incarcerated at risk youths and adults,and has created a commented based Initiative called the Emancipation Initiative", which is targeted at getting dangerous weapons off of the streets of Milwaukee and other cities.

This is a petition in support of freedom for FONTAINE BAKER SR, Who has served over an adequate amount of time for the offense he was convicted of. Furthermore, Mr. Baker's endless rehabilitation efforts, programming, Compus Test and accomplishments, speaks of him not likely to be a recidivists, but a productive person in society.

My Signature represent that I am willing to be an participant in the "Circle of Support"of Mr. Baker. And as a pillar of the community and a tax payer I will offer myself and resources to aid in physically, mentally and spiritually ushering his reintegration into society.