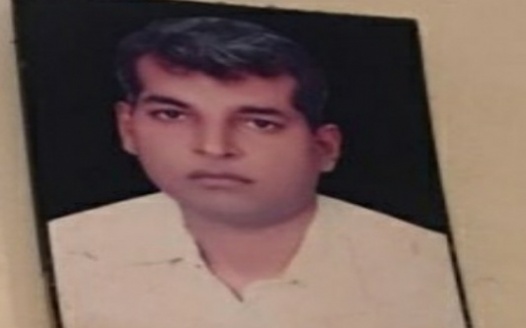 2004 people have signed this petition. Add your name now!

Pastor Zafar Bhatti (56 yrs) has spent almost ten years of his life in Prison and has now become the longest serving blasphemy convict in Pakistan.

Several Christian charities have failed in freeing him from prison and Zafar Bhatti has now turned to British Asian Christian Association for help.

Tomorrow (2nd December 2021) our appointed solicitor will begin a bail application for release of Zafar Bhatti who is a diabetic patients and has declining health. His elderly wife Nawab Bibi (72 yrs) has been supported by BACA for 3 years and is praying for his release so they may unite for a short time while her health holds out.

We believe we will have success where others have failed because as a group we assist our appointed Christian advocates. We provide the research necessary to emancipate falsely accused Christian brothers and sisters and safeguard the families of the blasphemy victims. We also support the families of convicts giving mental and emotional strength to the appellant.

A Pakistani pastor has been incarcerated in Rawalpindi’s Adiala Central Jail since July 2012, when police charged him with the offence of sending blasphemous text messages. He is now the longest serving blasphemy victim in Pakistan having overtaken Asia Bibi as Christians continue to have a torrid time in Pakistan.

On 3 May 2017, Pastor Zafar Bhatti (56 years) was sentenced to life imprisonment for blasphemy, a charge he adamantly denies. Rather peculiarly Pastor Zafar’s conviction occurred despite the mobile phone in question not being registered to his name. Learn more (here)

Zafar Bhatti, is one of the most unfortunate victims of Pakistan’s Blasphemy Laws due to the nature and language of the blasphemous texts that were sent from his phone, to a Muslim cleric of such senior status that courts have repeatedly denied him a fair trial.

Mr Bhatti has contended that he could not have read or shared the blasphemous texts sent from his phone for a number of reasons, that make this case a real farce.

Zafar Bhatti's health has been declining for some years, due to the harsh environment of the cell and an existing Diabetes condition and cardiovascular tension. Several bail applications for his release based on health grounds have failed, though they have been granted to wealth murderers and rapists (click here).

His loyal wife Nawab Bibi continues to receive treatment for her own health problems including a severe fall - funded by British Asian Christian Association, we also pay for all her living expenses (click here). Nawab Bibi fears her fading health may prevent her meeting her husband outside of the bars that have kept them apart for so long.

Pakistani courts have applied the following sentences for Zafar Bhatti:

To suffer imprisonment for Life

To suffer rigorous imprisonment for three years with fine of Rs.10000/- in default of payment of fine, he was further ordered to undergo six months

To suffer simple imprisonment for one year with fine of Rs.5000/- and in default whereof to further undergo three months

At this time we are also required to defend Zafar Bhatti from a petition by the complainant submitted by their counsel Mohammed Yasir (36 yrs) seeking Zafar's life sentence to be converted to a death sentence. The previous defence solicitors failed in an attempt to thwart this petition which has been sent to Sessions Court Rawalpindi for review after being supported by Lahore High Court Bench Rawalpindi on 18th October 2021 (see timeline below).

Nawab Bibi, the wife of long-suffering Zafar Bhatti, spoke with BACA and said:

“I am an old woman now and do not know when I will be called to meet my savior in Heaven.

"All I want and desire in this life is freedom for Zafar.

"He and I have few years left on this earth and hope God grants us some more time together.

“Please take care of my Zafar, I fear for his life and this has tortured me for 10 years”

"Zafar's life is in the balance for a crime he did not commit and for which the most flimsy evidence has been used to implicate him.

"The severity of the language in the blasphemous text that were not sent by Zafar, has hurt the sensibilities of judges who are making emotive rather than reasoned decisions.

"That blasphemy is a crime that can lead to death is horrific, but the skewed vision of elite law-makers based on religious fervour illustrates the limited progress made in Pakistan.

"Zafar has broken all records for incarceration under blasphemy laws and may yet become the first man lynched under Pakistan's despicable blasphemy laws.

"We call for global prayer for Zafar and his friends and family while this immense challenge is fought for him."

We the Undersigned call for all` Governments in the West to intervene on behalf of Zafar Bhatti, seeking a fair trial and not one based on conjecture.

We call for negotiations for foreign aid payments made to Pakistan to include a discussion on Zafar Bhatti's predicament.

We call for the Pakistani President to offer a full pardon to Zafar Bhatti under article 45 of the Constitution of Pakistan if the courts fail to acquit Zafar Bhatti.

We call for Zafar Bhatti and his wife to be offered asylum in the west once acquitted of the false charges of blasphemy, that have ruined the last ten years of their lives.

A copy of this petition will be sent to MPs of all western Governments represented by signatories.