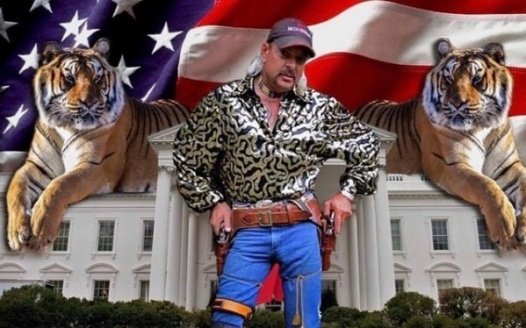 If you haven’t seen Netflix’s docuseries Tiger King, then stop reading this and go watch it. After finishing the series I felt compelled to create a petition to get Joseph Maldonado AKA Joe Exotic out of of his 20+ year Prison sentence. The man is a national treasure and clearly was found guilty without careful examination of evidence and witness testimonies. He was a Presidential candidate in 2016 running as a third party candidate. This man should be drinking in bars, not behind them.