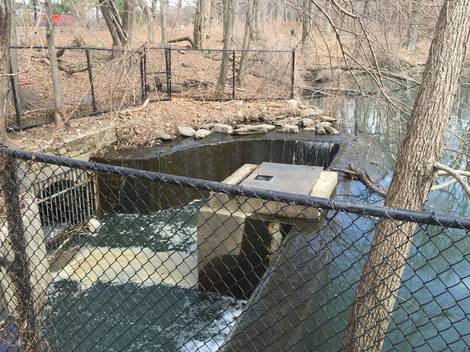 We, the undersigned, support the efforts of the NYC Department of Parks and Recreation (NYC Parks) to daylight Tibbetts Brook and create a greenway south of Van Cortlandt Park down to the Harlem River. We are thankful for all of the hard work and effort that NYC Parks has done to help make this a reality. The project would have tremendous economic, environmental, recreational and aesthetic benefits for the Bronx. Moreover, it would help connect neighborhoods that have been cut off from each other and from Van Cortlandt Park.

Currently, the water from Van Cortlandt Lake enters the Broadway sewer at a rate of 4 to 5 million gallons of water per day -- and that’s on a dry day. This water is then treated - for no reason- at the Wards Island Stormwater Treatment Plant. Then when it does rain, the combination of sewage, street runoff and the brook enters the combined sewer, bypassing the treatment plant and flowing directly into the Harlem River. This one Combined Sewer Overflow (CSO), WI-056, connected to the Broadway sewer makes up more than half of the CSO water entering the Harlem River. This clean water needs to be removed from the sewer to reduce CSO occurrences on the Harlem River and help with flooding issues along Broadway and other areas of the Tibbetts Brook Watershed.

We support NYC Parks efforts to study and plan for daylighting within Van Cortlandt Park by enhancing and expanding the wetlands southwest of Van Cortlandt Lake, which will enable it to hold more water thus reducing the amount of water entering the sewer. However, this is a minor step in the right direction. In order to provide a potential route, and daylighting opportunity for Tibbetts Brook outside the Broadway sewer, NYC Parks needs to obtain the land that CSX owns between Van Cortlandt South and West 230th Street . We support any effort by the City to continue this path southward past 225th Street to a place along the Harlem River waterfront where Tibbetts Brook could flow directly into the Harlem River.

We ask that CSX be good stewards of the land. The company has not used this abandoned rail line in decades. It is less than a mile long and between 25 and 50 feet wide, has no independent development potential and is used for illegal dumping. NYC Parks has made a fair monetary offer to purchase the land and CSX should accept. Better still, the company should be encouraged to donate the land, which is what they did with their old rail line in Lower Manhattan that became the High Line. Why not donate land in the Bronx where it will have positive impact on fragile economy?

Daylighting Tibbetts Brook is a key project in the Van Cortlandt Park 2034 Master Plan. We are dedicated to helping make this dream become a reality and are actively planning for it.