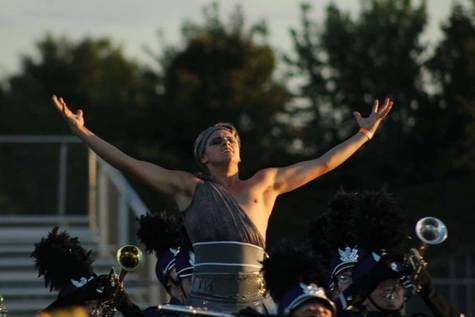 My son is the only guy in the Pride of Paoli Color Guard. I'm very proud of the fact that he has surpassed the ridicule he receives, to follow his passion to pursue acting, dancing, and singing, which color guard has helped him with. He brought it to my attention that there have been comments made about his uniform this year and that some parents (some from other schools, some from Paoli) feel his uniform is inappropriate. He has been asked to change it. This is the first year, of three in color guard and 4 years of winter guard, that he actually has a costume that doesn't make him look like one of the girls. I was thankful to see that. There is no policy violation, to my knowledge. Please, support Travis' quest to keep his original uniform. See attached photos.