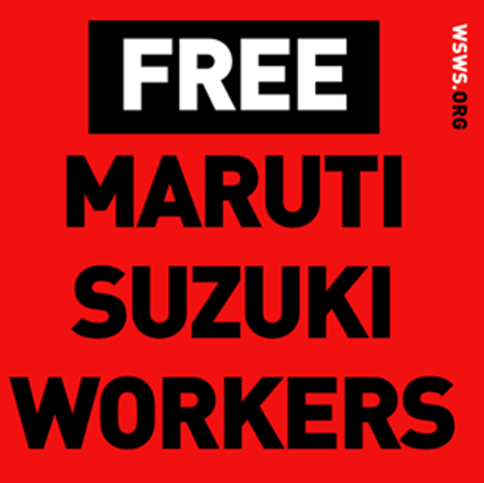 302 people have signed this petition. Add your name now!

This petition has been moved. We ask everyone to re-submit their petition at change.org.

Workers across India, throughout Asia and around the world must come to the defense of the 13 Maruti Suzuki workers whom an Indian court has cruelly and vindictively sentenced to life imprisonment. Given the brutal conditions that exist in Indian prisons, the workers have been consigned to the equivalent of a living hell. But they are all innocent men. The only “crime” of which they are guilty is fighting brutal conditions at their auto factory near Delhi.

The frame-up and jailing of the Maruti Suzuki workers is the most extreme example of a universal process. In every country, giant corporations and their political hirelings are waging a war against the working class.

The ICFI urges autoworkers and all WSWS readers and supporters to oppose this travesty and demand the immediate freedom of the imprisoned Maruti Suzuki workers.