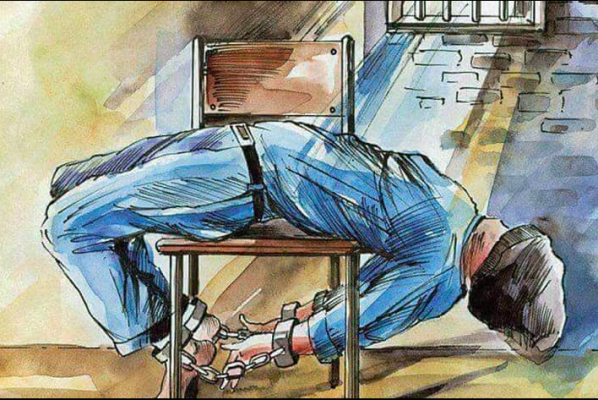 1188 people have signed this petition. Add your name now!

Petition to be sent to the Judges of Ofer Prison

Various diplomatic news sources Various elected officials in the US.

UPDATE: Since the trial has been postponed until October 19th, we are continuing to circulate the petition and need to get several thousand more signatures to make an impact. Prior to the hearing on June 28th, the petition was sent to all of the Judges at Ofer Prison that preside over initial hearings. It was also sent to Ambassador Ratney and a press release was sent to all major newspapers in Israel.

July 28th 2021: For almost three months, the Israeli prison system has held seven young men from the farming village of Bil’in. Bi'lin became well known for its nonviolent protests against the Israeli confiscation of their farmland and the violent reaction to those protests by the Israeli Occupation Forces

These young men from Bi'lin were violently arrested in their homes, tortured, as is the typical practice, denied the right to see an attorney for close to a month or the right to see their families.

Israel has incarcerated them on highly dubious charges in line with a directive,” Operation Law and Order”, launched May 24th, that included sweeping arrests and torture of Palestinian prisoners as a means of suppression of the population.

Abdel-Khaleq Iyad Burnat has been released on 5000 shekels bail until his court hearing. He was tortured and held in solitary confinement in an underground cell of Moscobiyyeh (Russian Compound) prison where Israel holds its political prisoners

Muhammad Ahmad Hamad has been sentenced to six months of ‘administrative detention for allegedly throwing stones.

The following four young men have all been charged with the same ‘security act’ inside a settlement and had their hearings postponed until July 28th.

This alleged “security act’ is the burning of a bus in the Mod’in Ill’it settlement. Anyone who has been to the village of Bil’in knows it’s impossible for any Palestinian to get anywhere near that illegal settlement, much less set a bus on fire. If they had approached the wall separating Modi'in Il'lit and Bi'lin, they would have been recorded if not shot.

There has never been a news report on any major Israeli news platform of a bus set on fire by a Molotov cocktail or any other incendiary method.

These young men in the supposed ‘democratic state of Israel’ have been beaten, denied food and water, and tortured. We demand the Israeli prison system release them. Their court hearing at Ofer prison has been postponed for the fourth time until October 19th.

Please add your name to this petition insisting the four men charged with a security act be released, the young man sentenced to six months be released, and the administrative detention be immediately revoked. We have included several links to reports of Israeli torture of Palestinians;

The United Nations Convention Against Torture was drafted in 1984. Israel was a signatory.

The 213-page report, “A Threshold Crossed: Israeli Authorities and the Crimes of Apartheid and Persecution,” examines Israel’s treatment of Palestinians. A summary of HWR's report can be accessed here.

ROGER WATERS World renown solo artist and founder of Pink Floyd. Activist for Palestine, among other activism. Narrator of “Occupation of the American Mind”

LAWRENCE WILKERSON former Chief of staff to Secretary of State Collin Powell. Currently an adjunct professor at the College of William & Mary. Outspoken critic of many US policies,,the Iraq war, the treatment of detainees at Guantanamo Bay, in particular. Critic of AIPAC and Israel.

ALISON WEIR Executive Director, If Americans Knew; President, Council for the National Interest. Author of "Against Our Better Judgment".

COLEEN ROWLEY Retired from the FBI as a special agent and former Minneapolis Division legal counsel; member of the anti-torture committee of Women Against Military Madness; named one of the Persons of the Year 2002 by Time Magazine, 2002 winner of the “Sam Adams Award” given annually to intelligence professionals who have taken a stand for integrity and ethics

ANN WRIGHT s a retired United States Army colonel and retired U.S. State Department official, known for her outspoken opposition to the Iraq War. She received the State Department Award for Heroism in 1997, after helping to evacuate several thousand people during the civil war in Sierra Leone She is most noted for having been one of three State Department officials to publicly resign in direct protest of the 2003 Invasion of Iraq. Wright was also a passenger on the Challenger 1, which along with the Mavi Marmara, was part of the Gaza Freedom Flotilla.

JAFAR RAMINI Born in Jenin, author, and activist for Palestine.

ERAN EFRATI Director of Researching the American-Israeli Alliance (RAIA), worked with the ICC Did investigations with the UN into Israeli military operations, and has published investigative reports for major news outlets.

STANLEY COHEN A longtime activist lawyer who defends,"the despaired, the despised and the disenfranchised.” A freedom fighter and lifetime supporter of the Palestinian cause.

MAHER ABDEL QADER President of the Palestinian American Congress and chairman of the board of the Tri-State Arab American Association of Engineers and Architects.

RONNIE BARKAN, Human Rights activist, BDS activist, and Israeli dissident. Member of the Humboldt 3 who were on trial for speaking out a representative's direct responsibility for Israeli crimes.

SCOTT FENSTEMAKER Defense attorney and legal activist. In 2005 filed a lawsuit in New York challenging the legality of the use of military commissions to try detainees held at Guantanamo Bay
ROBERT INLAKESH Political-Analyst / Writer / Journalist