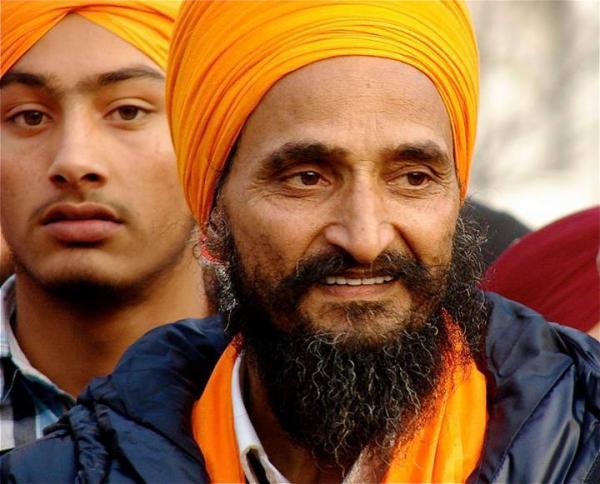 As you have heard, Gurbakash Singh Khalsa who is an average Sikh living his life, is currently on hunger strike until death, to seek the release of six Sikhs from the Indian prisons. The names of - Bhai Gurmeet Singh, Bhai Shamsher Singh, Bhai Lakhwinder Singh (lodged in Burail Jail, Chandigarh 1995), Bhai Laal Singh (Nabha Jail since 1992), and Bhai Gurdeep Singh (lodged in Gulbarga, Karnataka 1990). These Sikhs have completed their jail sentences, but have yet not been released which is illegal. These aren’t the only Sikhs that have been in jail since 1984, there are many more.

The hunger strike was started on November 14, 2013, and on this date today marks 44 days at Gurdwara Amb Sahib, which is located in Sahibzada Ajit Singh Nagar, (Mohali) Punjab. Gurdwara Amb Sahib is a historical shrine due to Guru Har Rai Sahib, the 7th Guru visiting. However, we’ve asked for justice numerous times, which we have failed to get since 1984. Gurbakash Singh Khalsa has requested to have all Singh’s be released that have already finished their sentence. Failing to do so will result in the death of Gurbakash Singh, as he has sworn to the Sikh Nation to not get off the hunger strike until his requests are fulfilled.

Gurbakash Singh Khalsa has lost a lot of weight and is really physically week, but still continues to stay steadfast in his demand for justice, and will continue to keep going till his last breath. A march was taken out on December 04, 2013 for support of Gurbakash Singh Khalsa from Sri Akal Takht to Gurdwara Amb Sahib, which was interrupted by the Indian Government for a few hours, and was allowed to proceed with the march. We do not accept the ways of how the Indian Government is treating this matter.

We request peacefully, that we be given justice, and those innocent people in the prisons of Punjab are set free. Especially those who have finished their sentences be set free. ‘Gurbakash Singh Khalsa’ wants no violence, in fact all he wishes is for justice to be given, and the innocents be set ‘free.’ To help India ‘remember’ that Hindustan would not be here if it wasn’t for the 9th Guru of the Sikhs, Guru Tegh Bahadur Ji sacrificing his life for the sake of the Hindu Religion. Hindustan wouldn't have independence if it weren't for Shaheed Bhagat Singh who was a Sikh, Rajguru who was a Hindu, and Sukhdev who was a Muslim. Government of India will be held responsible if anything happens to Gurbakash Singh Khalsa, and also the Sikh Nation will not stay calm. We are signing on this petition to show support for Gurbakash Singh Khalsa, and to free the sikh political prisoners.

If something happens to them we will take action! However, Bhai Damandeep Singh has also joined the mocha (movement), as well as other people around the world! There's a difference between Sikh Freedom Fighters and terrorists!

Lots of Sikhs from around the world are now gathering, at Gurdwara Sahib Sri Amb Sahib, to join the movement, he started himself alone, and now has thousands with him! We are not terrorists, we are fighting for our freedom, as we are slaves in India! We demand justice for Sikhs! 30 years still no justice!