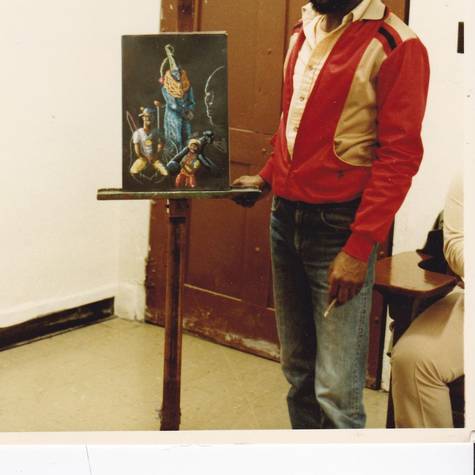 In 1973, Raymond Gray was convicted of a murder he didn't commit. He is in the 43rd year of a life sentence in a Michigan prison and is up for parole. I've been working on freeing him for the last eight years. The facts are these.

Ray Gray was a 21-year-old amateur boxer about to go pro. An artist, he was going to simultaneously attend art school. Then he got framed. His ex-girlfriend fingered him as one of the two hold-up men who murdered a drug dealer.

Ray had witnesses to say he was home at the time. It was a bench trial and the judge didn't believe him. Instead, he sentenced him to life. Eight years later, Charles Mathews confessed in an affidavit that he was one of the hold-up men. The second hold-up man, now deceased, was Tyrone Pugh.

From day one, Ray has maintained his innocence. I investigated and found everything he said to be true. Since going to prison, Ray has been a model prisoner. A mentor to younger prisoners, he has become a well known and respected artist behind bars.

We respectfully request that you commute his sentence.