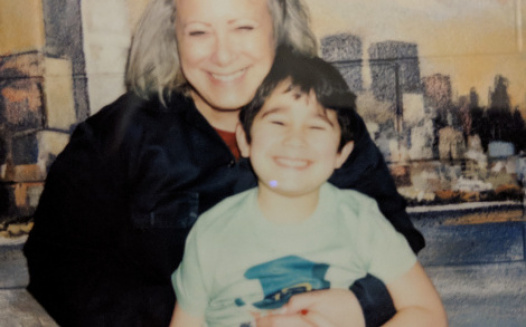 My mother, Melisa Schonfield is more than just inmate 15G0717. First and foremost, she is a human being. She is also a friend, daughter, aunt, mother, grandmother, teacher, mentor, recent ex-wife, contributing member of society and a survivor even in prison! She made a positive impact in so many people’s lives professionally and personally.

On August 19th, 2015 she was sentenced on my son’s 3rd birthday. She has missed birthdays, weddings, graduation, my son’s first day of kindergarten, and so much more. Since her incarceration, my mother has endured and witnessed things beyond my wildest imagination. Although she broke the law, justice has not been served.

Prior to her conviction, she was a licensed clinical social worker who had her own private practice. She was and still is respected by colleagues, clients, friends, and family in the community. She served on a variety of committees and boards that provided a voice for oppressed populations. If you know my mother, you know she wore her heart on her sleeve.

While incarcerated she has helped her fellow women in green. She is not a danger to society.

If my mother is not released from prison, I am afraid she is going to die. According to New York State Department of Corrections and Community Supervision department (NYSDOCCS), the intention of incarceration is “to improve public safety by providing a continuity of appropriate treatment services in a safe and secure facility where all inmates’ needs are addressed and they are prepared for release…to facilitate a successful completion of their sentence” (http://www.doccs.ny.gov/mission.html). Her needs are not being met, or even addressed which has impacted her biological-psychological-social health. NYDOCCS has demonstrated multiple times they do not have the capacity to provide continuity of medical care. Furthermore, the values and policies NYDOCCS states in their mission stated are not practiced and/or implemented. The story of my mother’s incarceration has demonstrated how women serving sentences are marginalized and the mission statement, values, and policies of NYDOCCS has no barring, if those they are supposed to be serving are not given a voice. How can effective change occur?

Keeping her incarcerated will only make her complex post-traumatic stress disorder and multiple physically debilitating medical issues worse. The physical environment, the verbal and nonverbal rules have repeatedly demonstrated the unhealthy physical and emotional conditions that have become accepted norms.