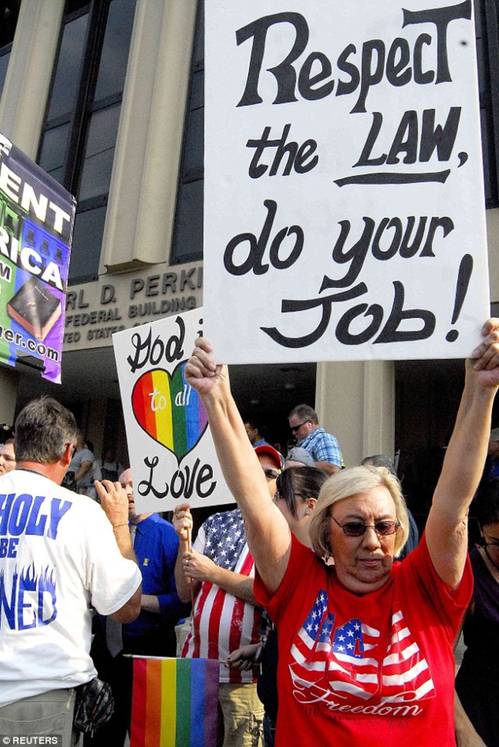 Free Kim Davis but from her job! Let's petition Kentucky to impeach Kim!

524 people have signed this petition. Add your name now!

Kim Davis is free to practice Religion but not free to practice hate which is what Kim is doing! Separation of church and state is not happening in Kentucky so lets separate Kim Davis from her job. The God that I serve doesn't discriminate, doesn't hate, and doesn't not uphold laws. But Kim Davis does and its time to send her a message one way or another. A true Christian is a believer in love & love is none of the things Kim Davis has shown.

Not only that, we are calling out her contempt for Court and her failure to abide the Rule of law, constitutional law. If Kim Davis is unable to do her job, then she must be let go of it. The rule of law applies without exception. There is NOTHING exceptional about Kim Davis. She must no longer be allowed to use her "job", and refusal to do it, as a mechanism to fame and martyrdom. If she won't resign she must be impeached. In as much as she does not want her name on same sex licenses- at this point I am sure many same sex couples do not want the signature of the hater who uses her Religion as an excuse, on theirs!

So lets send the message that Kim Davis has to go!

Sign this petition so I can send it to to Kentucky government.

We Americans. WE LGBT and Straight Americans won't stand for social injustice and inequality!