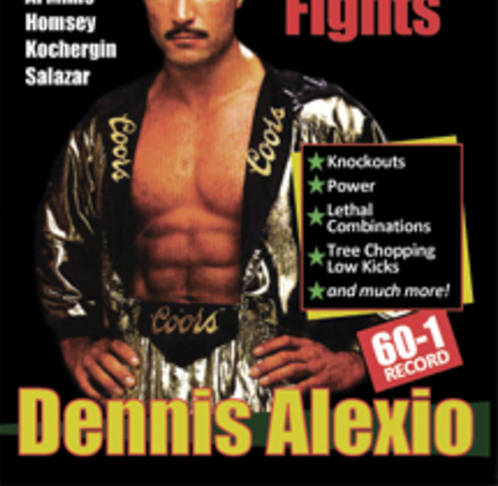 Former world kickboxing champion Dennis Alexio was not in federal court for his sentencing to 15 years in prison for tax fraud, money laundering and other charges because he refused to leave his cell at the Federal Detention Center.

U.S. District Judge J. Michael Seabright ruled that Alexio, 58, voluntarily gave up his right to be present and sentenced him to 15 years in prison for filing false tax returns and for converting the fraudulent refunds into cashiers checks to prevent the government from reclaiming the money.

Dennis Alexio best known for starring in the movie "Kickboxer" alongside the then unknown Jean Claude Van Damme in what would become a cult martial arts movie of the late 80s/early 90s. Alexio held world kickboxing championship belts as a light heavyweight, cruiser weight and heavyweight from 1984 to 1991.

The petition is for Dennis Alexio's sentence to be lightened as this was a white collar crime and putting someone like Alexio behind bars for 15 years serve no purpose other than to spend more taxpayers' money. Alexio is a non-violent and non dangeorus individual.A more appropriate and fairer trial/ sentencing is warranted.