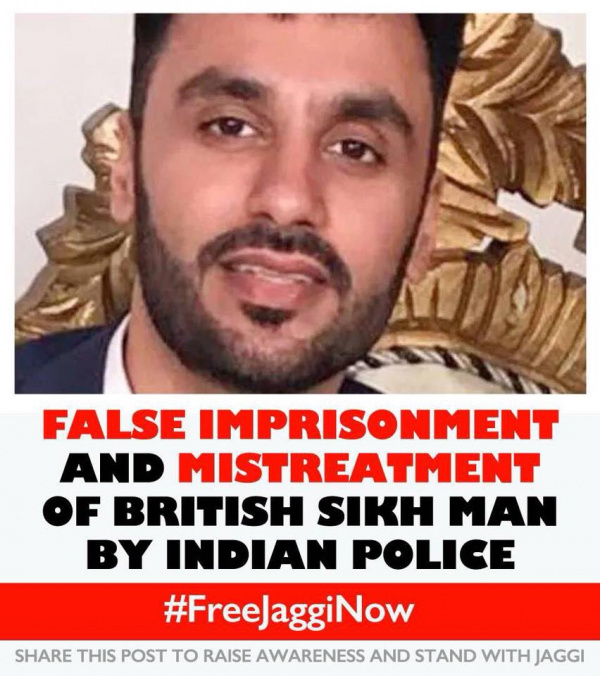 A young Sikh man born and raised in Glasgow was picked up by plain clothes policemen five days ago on the 4 November in Jalandhar, Punjab, India.

30-year old Jagtar Singh Johal from Dumbarton travelled to Punjab with his family on 2 October for his wedding and had been there for nearly five weeks when he was swooped upon.

Whilst shopping in Jalandhar with his newly wed wife and a female cousin he was accosted, a sack thrown over his head, and he was forced into a van by men dressed in plain clothes.