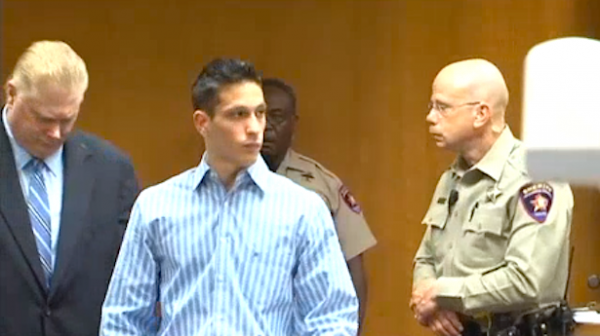 We the people address the Municipal Office of Round Rock, Texas United States of America. United. There used to be a time, an age when we as Americans, in our struggles, in our pursuit for equality, for success, in our triumphs, during our times of hardship and amidst tragedy, stood together, united and steadfast. We upheld certain principals, we promoted virtues and fought against and counteracted the real evils, iniquities of men, chaos, and contaminants which threatened our society with destruction and the fundamental moral and ethical breakdown of our way of life. There was a time when finances, when greed and monetary gain, did not play a part in distinguishing between right and wrong. There was a time when the American government resided, and held it's position for one purpose and one purpose only, to protect, serve and represent the people, of all creeds, colors, backgrounds and classes. To serve with minimal intervention, trusted by, the people. Now, our phones are tapped, our private conversations recorded, our webcam camcorders hacked, our every move tracked, our every step followed. To say that we have put up with so many injustices, national debts, inflated tax increases, government corruption, is an understatement. Now, we find ourselves at a crossroads, where an individual can literally get away with murder under the label of 'involuntary manslaughter" after their fourth D.W.I.. Where a sex offender after their third conviction is free to live amongst regular citizens, amidst where children play, and not but a few miles away from the local Elementary School. Where an individual can concoct sickening, poisonous chemicals in an abandoned house's basement, and sell it to kids in the neighborhood as 'ice', and only receive rehab and community service as punishment. Yet, if an individual harvests the land, enjoy the fruits of this Earth, of which we are all free to partake of as it's inhabitants, they are marked as criminals in the same right as the aforementioned? To convict this young man of a felony, destroy his life, and tear apart his family, is completely unethical, and goes against everything the justice system was created for, and to represent. Fair treatment, justice, a fair trial, and appropriate sentencing. Who are you to dictate the legalities of a plant that grows naturally from the soil? You are not Gods, and as much as perhaps the legal positions you hold would cause you to believe so, you work for us. The people. You know deep down inside, that even pondering and contemplating this sentence is wrong. Any compassionate human being would realize that fact. Quick question! What do all these people have in common?

They're all past recreational users, supporters and advocates of both medical and recreational Marijuana use. More importantly, they are some of the most artistically and spiritually inspirational artists, writers, political leaders, actors, and philosophical teachers of our time. Not to mention responsible for the creative influence and motivation behind many modern day free thinkers following suit, as well as many a late night profound, 'status update' quote post.

That being said, through their respective careers, they've never aggressively attempted to influence, force, or suggest that all
human beings spanning the planet Earth, should smoke and or indulge in ingesting Marijuana, despite it's numerous health benefits and qualities, but, only asking to not be unjustly penalized, pigeonholed, scoffed at, blacklisted, outcast, banned, defamed, or criminalized due to their personal choice as free citizens of the World to enjoy it's non-hazardous medicinal value . Especially while the true evils and plights that plague the world continue to go unheeded and run rampant without alleviation and ease.

The subsequent actions and oppression, coupled with the ludicrously proposed 'war on drugs', in the face of the true calamity and chaos overtaking the world, would make any logically inclined individual, and I stress the word 'individual', question what is being proposed to them as truth. How can a scientifically studied, medically approved harmless plant that has naturally been cultivated from the Earth along side half of the everyday spices and herbs you can easily find in your kitchen cabinet, that is for the most privately enjoyed, for the sole purpose of unwinding and spiritually relaxing after a long exhausting day of the grind at the good old salt mines(a plant mind you, of which there has never, in the entire history of it's use and practical appliance in the health field, been a fatal incident, overdose, or consequential death in connection with it's consumption), ultimately worse than half of the legal consumer products our government panders to us? Please, use your minds, open your hearts and let this young man go. Free Jacob Lavoro!