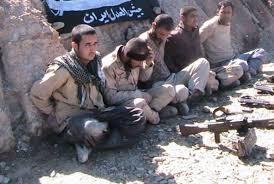 To the President of Pakistan;

Your excellency, our soldiers have been attacked, killed and kidnapped by Wahhabi terrorists called "Jeysh Al Adl" more than 2 months ago. Since these terrorists are using your soil to attack Iranian border patrols and kidnap them, we take you responsible for these actions.
As Iranians all over the globe we demand the immediate freedom of our kidnapped border patrols and take your government responsible for this action. Your government knowingly is harboring terrorists and do not take any action to free the 4 remaining border patrols as one was executed today by the terrorists today.
With all respect if we do not see an immediate action from your side to release these hostages, as Iranians, we will boycott everything made in Pakistan and will not do anymore business with Pakistan and Pakistani citizens.
With all respect
Babak Heravi