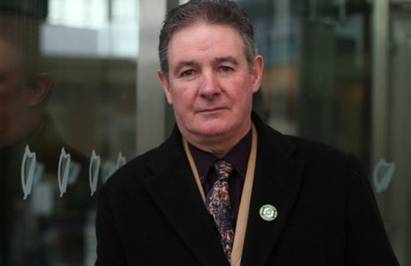 1086 people have signed this petition. Add your name now!

On May 4th, Stephen Manning, the founder of the Integrity Ireland Association was unlawfully jailed.

The 'Section 6' Public Order charges brought against Dr. Manning - if proven - would usually result in a fine or community service, especially for someone with a spotless record. But not this time. Not when both the Mayo State Prosecutor AND The Deputy Director of Superior Court Operations at the Office of DPP were specially brought in to prosecute the case. It seems that the DPP's Office (acting "Independently in the public interest" of course) was making sure that THIS case, and THIS particular prosecution would be conducted to the highest professional standards. This also explains the bringing-in of two outside judges - one from Limerick and another from Cork, to ensure that all was above board, and beyond approach.

But unfortunately, that's not what happened in the 18+ days of hearings in Castlebar Courthouse, where allegations of State-Sponsored chicanery and skulduggery abound.

Somehow, despite no legal aid being assigned, despite no defence being heard, and despite multiple proofs of serious prosecutorial misconduct being brought to the attention of the Court, Stephen Manning now finds himself incarcerated for 2 months on charges which he maintains are utterly contrived and spurious.

More than that, Mr Manning points out a catalogue of serious breaches of Court Rules, of 'due process', of violations of the Irish Constitution, and of EU and International Law that the various Judges involved in this case have either ignored or knowingly facilitated for the all-too-obvious purpose of 'sending a clear message' to any other activists, whistle-blowers or outspoken reporters out there who would dare to challenge and expose the corruption that passes daily as 'business-as-usual' in the Irish Courts, and other arms of the State. If Judges Aeneas McCarthy and Sean O'Donnobhain thought they could bully, bluster and intimidate their way through this case; and if the DPP's Office thought they could lie and finagle their way to a prosecution without any consequences - well, they were sadly mistaken.

True, Stephen Manning HAS been convicted of a minor public order offence, but he was convicted in his absence from a 'secret' hearing which he was NOT notified of. He was also granted legal aid - but none was assigned - not after 6 successive applications. No defence witnesses were called, crucial evidence was denied to him, and prosecution witnesses lied openly and brazenly with impunity - and all of this (in case the reader is not aware) is in flagrant breach and violation of Ireland's obligations under EU and International Human Rights Law.

The Establishment is sending us a very clear message : "Don't mess with us - or else!" But another message is also being heard from Castlerea Prison. That message is one of courage, of integrity and determination that we - the Irish people will NOT allow the status quo - and especially not a venal and corrupt status quo, to drag us backwards into tyranny and oppression again.

When the authorities break their own rules and laws to visit further injustices on us, it is a sign of apprehension and of desperation on their part. It is also a sign that the ideals of justice, transparency and accountability cannot be denied or suppressed and that the people will NOT be taken for fools forever.

Don't they know that they cannot jail an ideal?

"One by one - together - we CAN make a difference!"

UPDATE May 29th: Thank you to all who signed and commented on this petition. which no doubt contributed to the fact that Stephen was granted early release today, and intends using the extra 'free' time to prepare for a case to the European Court of Human Rights so as to highlight the urgent need for radical reform of the Irish justice system - and in particular, the need to establish some TRULY independent oversight bodies to deal with institutional crime and misconduct, as well as a judicial council for the training and supervision of Irish judges.