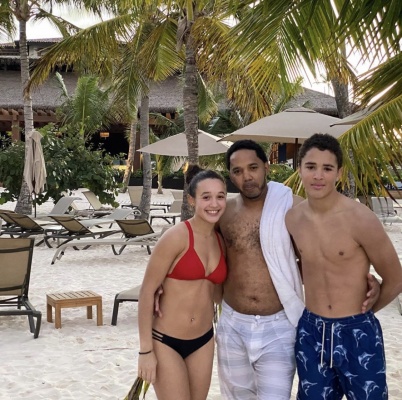 Francisco Rivera is a hard working Dominican father of three who has been unjustly detained by Immigration and Customs Enforcement (ICE). On July 28th, 2020 Francisco was abruptly taken into custody by ICE at 6:00 AM as he was heading out to work his normal 12 hour shift at his construction job. He has been living legally in the United States since 1995 and had recently filed for US citizenship. 17 years ago he was arrested and convicted of violating a restraining order put in place by myself - the mother of his two oldest children. We were very young at the time and the local sheriff's department encouraged me to file a restraining order after a minor disagreement over our infant daughter. I had the restraining order removed after several months and we went on to have another child together. At the time, I never considered how the restraining order would affect his future and in hindsight, I realize what a terrible decision I made by filing the order.

Francisco has been nothing but a great, loving, and supportive father to all of his children. He is a kind, gentle, and compassionate person who has never been in any other legal trouble and has been on a great path in life. He has many friends in his home city of Cleveland, Ohio as well as here in Geauga County, Ohio, and his absence would be felt by each and every one of them. He works two jobs, day and night, in order to make ends meet and be able to support his kids. He spends any free time he can find enjoying time with his kids, family and friends. In addition to holidays and other special life events, Francisco attends his 18 year old daughter's dance competitions and 16 year old son's football and baseball games regularly; he is an essential part of our family. There is nothing that he wouldn't do for his family and friends, so much so that he often sends money to support his family in the Dominican Republic. Francisco loves this country and belongs here as much as, if not more than anyone else. We are asking for your help! Please sign this petition to Free Francisco from ICE custody and save him from deportation to the Dominican Republic. A GoFund Me account to cover legal costs will be established later on today. Please save any donations you may wish to send for the go fund me. Thank you for your support!!