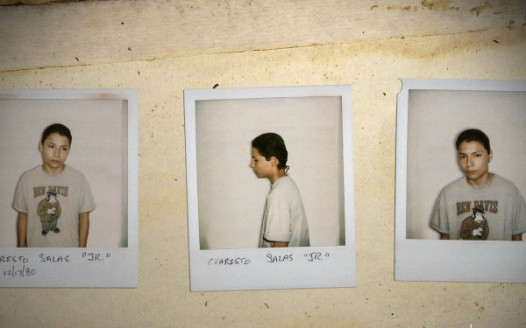 In signing this petition, I am stating that I believe that Evaristo Salas is innocent and was wrongfully convicted of the crime that he is currently incarcerated for, and would like for the courts to grant him relief in the form of immediate release, or a new trial

A Letter From Jr. Salas

I would like to tell you a little about the injustices me and my family face daily.

22 years ago, at the age of 15 I was charged, tried and convicted of a murder I did not commit. I was sentenced to 32 years and sent to adult prison at the age of 16 where I have remained for the past 22 years unlawfully and unjustly. During those 22 years I have written countless letters to different organizations around the country and internationally proclaiming my innocence and asking for help.

In 2002 the Innocence Project Northwest out of the University of Washington took my case but soon found that they did not have the resources to investigate every lead to the full extent necessary. and decided to keep my case inactive until either they were in a better position to help, or I could find a way to dig up some exonerating evidence. In the years that followed I continued to write letters with little to no progress.

In 2016 I received a response from a letter that I had written to Radical Media, a documentary film production company based in New York. I wrote the letter after watching one of their documentary called The West Memphis Three in 2011. I was so moved by this documentary, that I felt if anybody could help, it would be them. 5 years later they responded to my letter, saying that they had just found it and that they were really interested in hearing more about my case. As we corresponded over the following months they decided to do a documentary on my case, in the process of investigating my case they were able to uncover some exonerating evidence, which they revealed on the documentary that aired on the Starz network called The Wrong Man.

What happen to me in 1996 was a great injustice and what has allowed these injustices to continue was the fact that nobody knew about it. It was easily swept under the rug. but the lies that have kept me in prison for the past 22 years are beginning to crumble as more light is being shed on it.

What I asked in the humblest way possible, is what I have asked in every letter I have written. For help. Help to reveal the truth, to bring attention to my case so that the lie that has kept me in prison for so long could crumble a little more.

I will close this with the words of Martin Luther King Jr.

Thank you for your time. and I hope to hear from you.