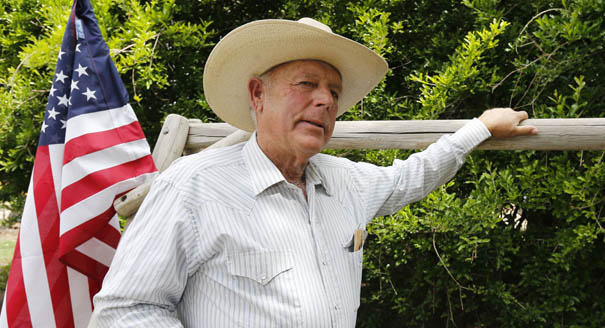 A PETITION TO DONALD TRUMP, PRESIDENT OF THE UNITED STATES TO FREE THE POLITICAL PRISONERS

Dear Friends, Cliven Bundy, his four sons, and many other law abiding patriotic citizens have been held hostage in prison for over two years. They were imprisoned by the Obama administration for exercising their First Amendment right to assemble and their second amendment right to keep and bear arms.

But we now have a more sympathetic president, and their is a very good chance that he will free theses political prisoners who, like Nelson Mandela, are being held without bail for purely political reasons.

We are petitioning President Trump to free Cliven Bundy, his Family and their Associates who are all innocent and are being held by the government as political prisoners. Free them by directing the department of justice to dismiss all charges against them and/or by pardoning them of any and all crimes alleged against them. The holding of innocent men on political charges has no place in the American Republic. They are guilty only of relying on the First and Second Amendments. In a free America, when did exercising the rights of free speech, assembly and the right to keep and bear arms become a crime? Please join us in this great American cause to "FREE THESE POLITICAL PRISONERS" by signing the petition.

Remember, the liberty you save may be your own.

We, the free Citizens of the United States of America do hereby set forth our reasons for exercising our God given right, protected by the First Amendment, to petition the government for redress of grievances. Our grievances are as follows:

The Bundy family pioneered the ranching industry in Southern Nevada, having raised cattle in the Gold Butte area since the 1850's. They did this successfully without government assistance or interference for many decades. In doing so, they transformed an unproductive wilderness into a successful ranching operation, raising millions of pounds of beef to feed a hungry America. And in so doing, they improved the natural environment, providing water and food for the native plants and animals, and in particular for the desert tortoises, which thrive and grow in the presence of cattle, whose cow pies are the tortoises' favorite dessert.

In 1934, Congress enacted the Taylor Grazing Act, which directed the BLM to assist ranchers in raising cattle for the American consumer by building fences, developing water sources and distribution networks, etc. This worked well for many years until the BLM-ocrats gradually assumed the role of adversaries of the ranchers, taking the attitude that ranching was bad for the environment. The BLM gradually raised grazing fees, limited the ranchers' allotment of cattle, and shortened the grazing season until it put over 50 ranchers in Clark County, Nevada out of business, leaving Cliven Bundy the last man standing. Cliven realized that the BLM was no longer doing its job of assisting him, but instead was bent on destroying him, and so he fired the BLM for incompetence, malfeasance, and insubordination. (Remember, the government is supposed to be our servant, not our master.).

Undaunted, the BLM obtained several federal court orders telling Mr. Bundy to abandon his ancestral land, based upon the false premise that his cattle were endangering the desert tortoise. When Mr. Bundy continued to recognize Nevada's claim to the land rather than that of the federal usurpers, the BLM invaded the Bundy ranch with its private army of mercenary soldiers and snipers armed to the teeth with automatic weapons and body armor.

Hearing of this unlawful assault on American liberties, ranchers, farmers, and other patriotic citizens gathered from around the country to Bunkerville (rhymes with Bunker hill) to exercise their First Amendment right to peaceably assemble and their Second Amendment right to bear arms. They stood bravely before the menacing federal invaders, who, when they saw the courage and determination of these peaceful cowboys to stand up for liberty, turned tail and ran like scared jack rabbits.

Now, for these courageous acts, many of these brave, liberty loving men are being held without bail as political prisoners, while the government, refusing to give up in the face of a complete acquittal in the related Oregon case and a hung jury in Las Vegas, interminably drags out their prison time, while the federal judge, determined to see them convicted, rules astoundingly that the First and Second Amendment are no defense to the charges against them.

And now, as this is being written, our once freedom loving government is trying these patriotic citizens in Federal Court in Las Vegas, Nevada, for their crime of standing up for liberty.

It is clear from the above that Cliven Bundy and his sons Ryan and Ammon and their co-prisoners, are, like Nelson Mandela, political prisoners of a government which is bent on stifling all dissent against its unconstitutional and tyrannical policies.

Now that Barack Obama has been turned out of office, we hereby petition you, President Trump, to free these political prisoners by directing the department of justice to dismiss all charges against them and/or by pardoning them of any and all crimes alleged against them or of which they may be convicted. The holding of innocent men on political charges has no place in the American Republic.