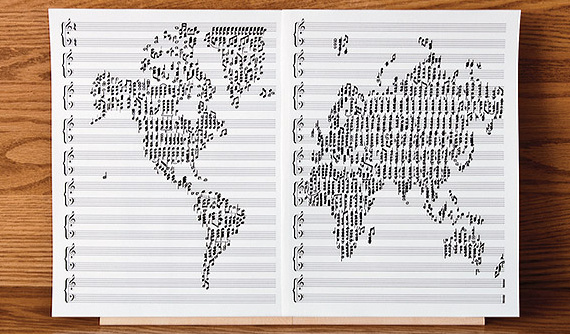 A Collective Concern for Intro to World Music

I am writing to share concerns about Professor Babiracki's teaching in World Music this past semester. It is my opinion, and I'm sure many of yours, that she is ineffective as a teacher and unfit to educate. Several changes were made to the syllabus regarding grade weighting on tests, her demeanor during lectures and test reviews were often antagonistic and condescending, and she regularly singled students out for humiliation, dodged questions, and at times even became passive aggressive towards students with thinly-veiled threats of banning laptops, which most students relied on to keep up with her fast-paced lectures.

Professor Babiracki's tests were excessively long (she had to cut material and redistribute points from the second test DURING the test-taking, because there was not enough time allotted for us to finish). Review sheets for her tests were loaded with unnecessary information which had not been gone over in class (especially true of the Arabic music section which had the same amount of vocab as the other two sections combined, and only 2 weeks were spent in-class on this topic). Even at the test review sessions she would tell students to refer to the notes when asking her a question, which defeats the purpose of reviewing it with her. In her notes for these regions, which she posted on blackboard, she also made multiple continuity errors, and often left out information which would later be seen on the review sheets. When students would ask questions in class she would regularly tell us to look it up ourselves and laugh openly when a concept confused us.

In our final projects for the semester, at least one student (who had multiple sources for her research paper) received zero credit for the research portion of the project because she had "completely overlooked" her research paper while rushing to get the grades in. This zero made the student's final semester grade an F. Only after confronting the professor did she admit fault and enter the new grade; that student then received a D for a final grade. When it is the difference between Passing and Failing, and even when it isn't, the professor should not be making such gross errors in grading. This is not the only case where she has failed in properly calculating grades, and I ask that if any of you have personal instances where Professor Babiracki made significant errors in grading your work, to please message me and I will include it in this petition as evidence.

Professor Babiracki is recovering from cancer, which we understand makes some things very difficult for her. It is my suggestion that she take an extended leave from Intro to World Music until she is fit to teach, or to have an extensive review of her tenure. Between poor lesson plans, extra information, and her own attitude toward students, it made the overall learning experience unpleasant and made many dread having to attend her class on a weekly basis. It would greatly benefit future students to have a capable, attentive, caring professor instead of one who obviously has more important things on her mind. Professor Babiracki is tenured, which means she has 24-hr notice before an in-class evaluation; one class of careful preparation is not enough for them to see how dreadful she has been in her duties as professor of Intro to World Music. By signing this petition you will potentially be saving future music majors from having to endure her insufferable lessons and generally condescending attitude towards learning.

This petition will be forwarded to Dean Martha Sutter, Dean of Arts & Sciences, Karin Ruhlandt and Chair of the Art & Music History Department, Theo Cateforis.