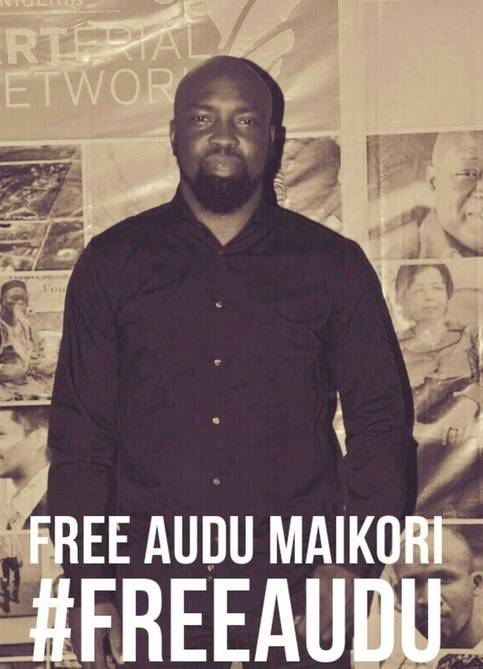 CORA/Arterial Network Nigeria condemns the re-arrest of music mogul and Chocolate City’s President Audu Maikori. In an official statment released by Chocolate City’s Co-founder, Paul Okeugo, despite being ill, Audu Maikori has been ferried off to Kaduna state by law enforcement officers at the behest of Governor El-Rufai, who is asserting that one of the pictures posted by Audu caused the death of Fulani in Kaduna State.

CORA/Arterial Nigeria shares the concerns of Chocolate City Group that the Governor seems to have made this issue more about Audu Maikori to the extent that the real issues are not being addressed. We believe very strongly that the real issues are the killing of hundreds of people in Southern Kaduna without clear indication of arrests or prosecution of the actual perpetrators. It is very unfortunate that it appears that more efforts are being channeled towards arresting and silencing people who are critical of the ineffective handling of the Southern Kaduna conflict.

It is clear from the statement released by Chocolate City that the tweet does not mention any inciting words. The tweet has a link, which leads to the actual story. Please see the link to read the official statement from Chocolate City Group https://www.bellanaija.com/2017/03/paul-okeugo-aud...

With regards to false story told by Audu’s driver, the details of the story have been widely publicized and the driver has confessed to the IGP monitoring unit as well as the Marwa, Lekki Police Post confirming that he fabricated the story in order to defraud his boss Audu. As noted by Chocolate City, it is worthy of note that Audu personally investigated the matter, apprehended the driver and handed him over to the Police. Audu's public apology to the College of Education, the Fulani Community, the Southern Kaduna community and both the State Governor and government was also widely reported and publicised.

CORA/Arterial Network Nigeria shares the concerns raised by Chocolate City Group which appears to be arbitrarily planned prosecution targeting activists and those critical of the Kaduna State authorities, as well as increasing use of national security as a pretext to clamp down on peaceful activism and to stifle calls for effective government handling of the killings in Southern Kaduna.

It is becoming worrisome that the space for dissent in Kaduna State appears to be increasingly shrinking. While speaking at the Social Media Week, the governor boasted of prosecuting Audu Maikori with references to Penal Code of Northern Nigeria. The repression of dissenting voices on Southern Kaduna crisis seems to be entrenched in the Penal Code which the state government plans to use to silence social media activists and others who support and defend freedom of expression online. The vague definition of incitement which treats a wide range of opinions and expressions, including those protected by human rights standards, as amounting to incitement, seems to be the governor’s apparatus to silence critics.

On the issue of publishing false information, even the Penal Code of Northern Nigeria in Section 391(2) provides for instances which are an exception to sub-section 1. Section 391(2) provides that ‘’It is not an offence under this section to make or publish in good faith a false statement of fact which the accused had reasonable grounds for believing to be substantially true and proof that he had such reasonable grounds shall lie on the accused.”

CORA/Arterial Network Nigeria hereby draws the attention of the Acting President, Prof. Yemi Osinbajo and Federal Government of Nigeria (which is currently a member of the UN Human Rights Council) to adhere to its obligations to uphold human rights at home, including respecting the rights to freedom of opinion and expression, and to freedom of association and peaceful assembly.

In view of the above, CORA/Arterial Network Nigeria urgently calls on the Nigerian authorities to implement recommendations by UN Human Right Council and international human rights organizations by: