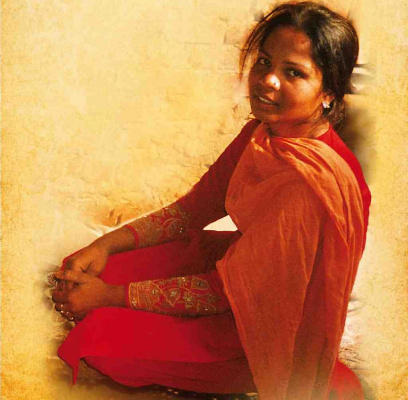 2265 people have signed this petition. Add your name now!

Asia Bibi is a Christian mum-of-five sentenced to death by hanging and currently on death row in a Pakistani prison. Her crime? She had been picking berries for paid work in the village of Itan Wali, Punjab, in June 2009. Then she offered water to a fellow human being after drinking at a rural well - without realising followers of Christ were not allowed to relieve their thirst there, only Muslims. The harsh social norms of Pakistani culture means that Christians are 'untouchables' – the lowest. Many Muslims in the country believe, to put it crudely, that members of churches are akin to dogs. Christians are seen as a mat upon which you can wipe your feet.

Asia Bibi's story is a perfect example of the above 'untouchable' claims. She suddenly found herself in a heated discussion with local Muslim women who made fun of Christianity on that fateful day when she fetched water. Asia, defending her beliefs, asked: “Jesus died on the cross for us, but what has Mohammed done for you?” This simple statement caused a frenzy amongst her Muslim co-workers. They instantly called her pro-Christian comments 'blasphemy', although she had every right to discuss her faith under the Universal Declaration of Human Rights (of which Pakistan is a signatory).

The horrifying result was that Asia was brutally beaten and raped. Her two daughters, one with special needs, were also abused by the mob and some reports suggest sexual assault was involved. Her husband and five children are now in hiding while she waits to be executed. An appeal was refused in October 2014 and Asia is vulnerable to attacks inside the remote prison – even though a death sentence is still levied against her. In spite of all she faces, Asia has stayed true to her Christian faith.

Pakistan's Blasphemy law is an ever-present weapon of discrimination which looms over Christians in Pakistan. This is a law that we at the BPCA have constantly condemned because a significant reform, or abrogation, is desperately needed. As in the case of Asia Bibi, blasphemy charges are laid with flimsy evidence simply on the account of a Muslim witness against a non-Muslim (it is more complicated with Muslim-to-Muslim charges).

The BPCA is campaigning for Asia Bibi's release from death row. We are working with her family and other organisations to try and overturn the appeal refusal. Supporters of the BPCA have sent in kind donations to fund this work which has also involved supporting Asia Bibi's family . Funds have helped secure travel costs for Asia's children to visit her in prison. Our support for Asia Bibi, a helpless victim, will continue. We ask that after reading about her story, you will share her terrible plight with others – so that together we can be agents for freedom; and persuade authorities to obey international laws of human rights and release Asia Bibi from prison. Asia has submitted an appeal against her hearing to the Supreme Court and we have written to the courts, asking them to expedite a date for a trial. Please pray for an early hearing and a positive judgement.