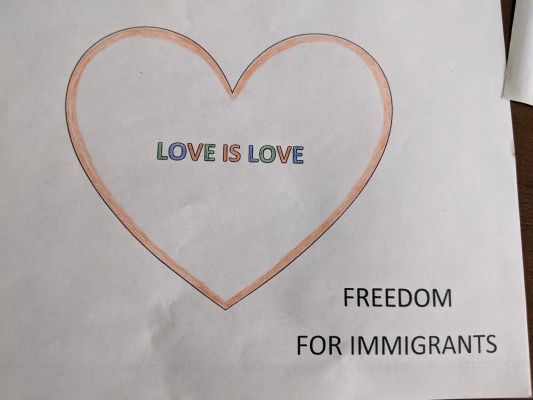 Stefan, who had legally lived, studied and worked in the States for several years, has been held in a Covid-19 infected for-profit immigrant detention center in New Jersey for the past nine and a half months, where he has been a victim of multiple examples of medical malfeasance, as well as harassment for his sexual orientation. He faces deportation, and as a result of trauma, abuse and torture he received over his lifetime in his native E European country, he fears for his life. He is a gentle, bright 30-year old who has a degree in law and has run his own business providing creative support for weddings and other special celebrations while in the States, as well as gaining credentials as an officiator and notary. Stefan. is fluent in English, and has worked to help other detainees and to share his diligent research and understanding of the US immigration system. He has maintained extensive documentation as to the injust conditions under which immigrants are detained.

Please sign to support his case for freedom. Demand he be released from detention while his asylum petition goes through appeal. You may be saving a life.