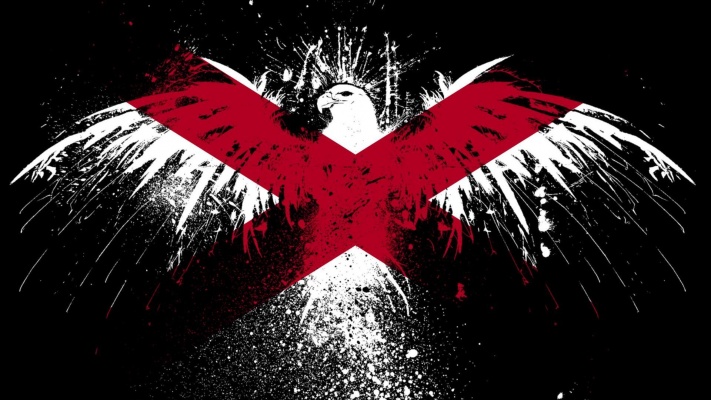 Under the pretext of defending public health against the onslaught of the novel Coronavirus pandemic, in which hundreds of thousands of hospitalizations and tens of thousands of deaths were predicted, Alabama's Governor, Kay Ivey, imposed the most far-reaching controls of public and private life in state history.

These controls began with the closure of schools on March 18th, followed by the prohibition of non-work related gatherings of 25 or more people, including the closure of public and private beaches, churches, etc.

On April 4th, Governor Ivey issued a stay-at-home order for the entire state.

As of May 1st, total deaths attributed to Covid-19 stand at 289 (about 1/5th of those dying of the common flu). Total hospitalizations have numbered 1,019. Had the apocalyptic predictions of the coronavirus been only partially true, our hospitals would have been immediately overwhelmed by scores of employees of "essential" industries (such as grocery store clerks and municipal workers) working with little protections from the virus. It hasn't happened--by a long shot. On the contrary, health care workers are being furloughed with thousands of other Alabamians.

As of April 30th, more than 400,000 Alabamians had lost their jobs in less than 45 days. This is the largest and fasted economic collapsed in the 200-year history of the state. This collapse was caused not by a virus, but by political edict--and after virtually no consultation with the public, municipalities, or approval of the state legislature.

And yet, Alabama remains largely closed. Churches closed. Schools closed. Restaurants and bars closed. Curfews still in place. The fear-mongering still in place. Regardless of when Alabama is finally opened, Governor Ivey and all officials--who continue to facilitate the greatest violations of public liberty and make freedom and safety enemies of each other--must be held to account.

We, the undersigned, refuse to live as serfs in our own state. We demand our officials at all levels of government uphold their oaths to defend our Constitutions and the sacred rights they enshrine. We demand that Alabama be fully re-opened IMMEDIATELY. We further commit to hold our officials to account at the ballot box, and we will remember their names!