Family, friends, colleagues and all seekers of truth a JUSTICE. last month in a Decision handed down it a appeal court case (US v Blewett No 12-5226/55852) Two Judges (J MERRITT, J MARTIN) after that ruling called for Congress to make the Fair sentencing Act retroactive to all. It has become well known by all. The mass incarceration of myself Ahad Hasan aka Tracy Lomax along with thousands of other African Americans have been racially discriminated against with the unjust race-based crack laws. very prominent judges and Politicians have called for retroactive affects fo the FAIR SENTENCING ACT (FSA) of 2010. Supreme Court Justice Breyers, Senator Patrick Leahy, Sen. Dick Durbin, Vice President Joe Biden, Rep. Bobby Scott, and even Rep. Steny Hoyer. just to name a few. have all agreed in one statement or another, That the crack law violated the equal protection of the law promised to every American. this law targeted mainly Blacks. who are long over due to rejoin our families and loved ones. So PLEASE sign this petition to help continue what the FSA was created for. to bring JUSTICE back to the legal system. less than one-third of those given excessive, racially discriminatory sentences have seen relief. and we need your help petitioning Congress to finish what they started by making the FAIR SENTENCING ACT fully fair to those who suffered to bring it into exsistance. Please sign here... 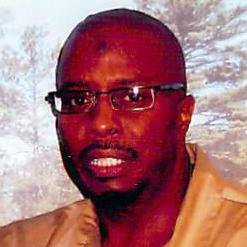 For more information about this please visit my website @ http://freemybrotherahad.org/