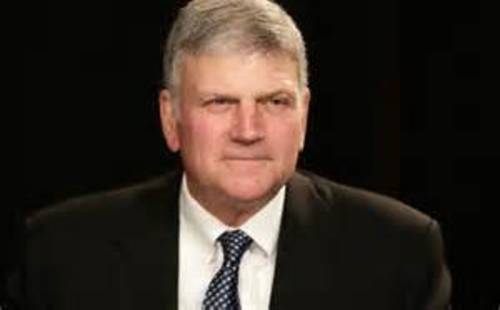 Urge Franklin Graham to run for President of the United States

After wrestling with the current state of the 2016 presidential election, I have concluded that I cannot in good conscience vote for the lesser of two evils. As a Christian, I should not vote for evil of any kind. Therefore, after much prayerful consideration, I believe my best course of action is to urge a Godly person to run for president. The man who stands for Biblical principles best in this day and time in our country is Franklin Graham. Please, prayerfully consider signing this petition to urge him to run as an independent candidate.