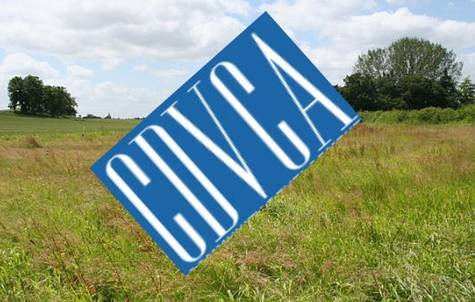 ministers of the ‘Yahapaalana’ government has given approval to cabinet paper MDE/AD/03/CAB-PA/2017 to hand over 62,500 acres from Uva-Wellassa to the Gazelle Ventures of Singapore, through its parent company, the New York-based multinational company CDVCA, to cultivate sugarcane. The official handover will take place on June 05 ,the day of world Environment and president Maithripala Sirisena, as the minister of environment, has signed the relevant cabinet paper.

The cabinet paper says the Bibile sugar company development project will be launched in 2017, carried out in an expeditious manner for its commercial operations to be launched before December 2019 in order to eliminate poverty by creating sustainable economic prosperity for the people of Rambaken Oya special economic area under the Sri Lanka Mahaweli Authority.

The local agent for the project is the notorious MS Holdings, which attempted previously too, to swindle land of the area for a sugarcane project. It had to abandon its plan, made in 2006 with Britain’s Booker Tate, due to public protests.

The present government has learnt a lesson from those past incidents and has given a humanitarian face when handing over land to the multinational company. Accordingly, the land will not be leased to the company directly. Ten thousand farmer families will be chosen from the area and each will be given 2.5 hectares, with the main condition being that they should cultivate sugarcane in two hectares and sell the produce to the company. On one hand, the government plans to negate the opposition from the public and on the other, the US company will bear no direct responsibility for the land. The land has already been earmarked for the project, mostly the land belonging to the Galoya national park and in its immediate vicinity, which are elephant habitats.

The Pelwatte, Hingurana, Kantale sugar projects have only created problems for the country, including elephant-human conflicts and loss of habitats to the wild animals. According to our observation around 40 humans and more than 60 elephants are killed every year due to the conflict following the destruction of forests for these projects. The people of Uva-Wellassa too, will have to suffer similarly.

The project will also lose many rare flora and fauna species to the country. With a history of a very rich vegetation, this area is home to a large number of herbal plants. Marshland, savanna and grasslands will also be destroyed, he says. The area is home to the indigenous spotted deer, bear, leopard and more than 36 mammal species and over 150 species of birds, as well as hitherto unidentified animal species.

Please help us .. Thank you so much