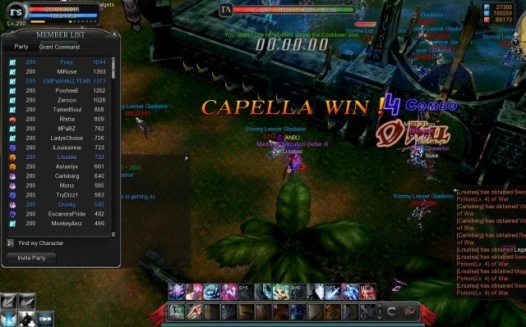 Force Archers are taking over Tierra Gloriosa. This petition is in support of reducing damage output of Force Archers in TG.

Force Archers have the most offensive and defensive capabilities in TG. Curse remove is better than playing WA or FS for survivability. Nerf them.

*100% damage application from range with BM3 in the largest AoE in the game.

*BM2 that is equal to two Bladers attacking two separate targets at the same time with the benefit of range instead of knockdown.

*Curse remove to get away every time they finally get close to dying. Allows them to move around map and kill waves of players with immunity from dying. If things go badly they are the only class that can just leave and try somewhere else.

We all know FAs are the best in TG, but action isn't being taken due to biases and fear over nerfing a class that so many people have transferred to and which makes up such a large population of the server.