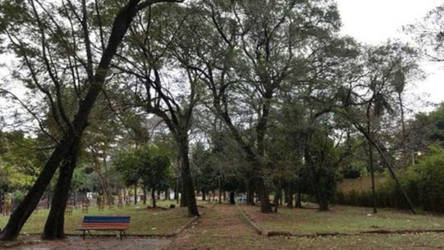 To the Mayor, Mario Ferreiro; President of the Municipal Board, Hugo Ramirez: we urge for the recovery of the entire Pavetti Park.

Why our petition is important?

The Pavetti Park, which is located in the old district of Santisima Trinidad of the capital city of Paraguay, Asunción, is declared a Natural Patrimony of the City and included in the Catalog of Buildings and Sites of Urban, Architecture, Environmental, Historical and Artistic Heritage of Asuncion. It has an area of 23.000 m2, covered by many kinds of botanical species of trees: from ancient origins, native species and other unique ones.

The Park has been invaded, ursuped, severed and destroyed by the construction of a housing complex (Jade Park) consisting in three towers of 32, 25 and 21 floors respectively; which border horizontally with the Park. This construction has advanced approximately 1.500 m2 on the actual property of the park, knocking down trees, tacuaral and the existing vegetation.

There is a risk of losing about 8.800 m2 of its extension, due to negligence and slackness of the municipal authorities, and another 900 m2 for the opening of a street which will be for exclusive access to the building, having to knock down for this another 70 trees.

The area where the park is located is a zone of groundwater, under its soil flows the Trinidad stream, which feeds to one of the few reserves of fresh water left in the world: the Patiño Aquifer.

1.8 hectares of centenary native trees have been demolished for the contruction of the towers and an intensive movement of soil is currently being carried out endangering the remaining tree mass as well as the Patiño Aquifer.