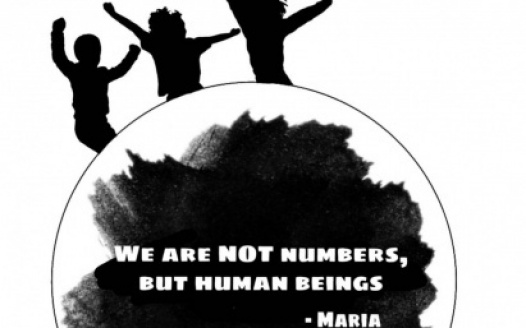 13 year old girl (me) abused by the Romanian DIICOT prosecutors, wants to speak in the EUROPEAN PARLIAMENT about her cause and other abuses

My name is Maria, I am 13 years old and I live in Romania. I have diabetes type one, which is a severe disability. I am accused by two anti-mafia prosecutors, who are ignoring my birth and disease certificate, treating me as an adult, and applying laws, which should be only applied to adults.

The DIICOT Bucharest prosecutors, placed me, at the age of 10, (13 now) as an adult, among convicted people and defendants in a criminal record of financial crime, in prosecution documents as if I was part of a criminal group, participating at financial transactions when I was 4 years old when I was still a toddler. They made me the ‘’colleague’’ of the general directors, of the administrator, of the economic directors, they’ve placed me on the board of the investigated company.

I have appeared from nowhere in this criminal record after 6 years, and it is in research for 8 years, a period of time which exceeds very much the celerity of a correct and objective criminal investigation.

Of course, we can believe that the two prosecutors have been waiting for me to be born and to grow. Because I, a child who has to be the ‘’scapegoat’’ because, after 6 Years of ‘’research’’ Maria, the child became the target of the anti-mafia battle. Many of the persons with status from this company have been thrown out of the criminal record, the ‘’perpetrators’’ became ‘’witnesses’’ and the ones left in it have their possessions protected ( having clear evidence ). No action was taken against them as against the child. And as an edifying example, I mention that the child was placed in the criminal record, meanwhile, the general director was thrown out of it.

In their documents, I am an ‘’individual’’ or only a ‘’person’’, I am ANYTHING apart from a child.

Since two years I’ve been writing to all the institutions in Romania, but all of them continue the abuses of the two prosecutors: they ignore my birth certificate, the most important document of a person, and taking me out of the children's place, stealing my childhood and mutilating my rights; they ignore my disease certificate, other documents which offer me special protection and special rights.

It is a continuous abuse which lasts for 3 years, in which I have tried all the possibilities to be listened to and heard, at all the institutions in my country!

I wrote to the Romanian parliament (the President of the Senate), that has never answered me, I wrote to the minister of Justice, I wrote to the Judicial Inspection and CSM that is in charge of the abuses that the prosecutors make and that has ‘’closed’’ all my complaints, and ignored all my documents, threatening me that if I won’t stop writing to them they will close them again.

And thus, Maria Eftime, the child with the insulin pump ‘’crawling’’ (which I wear since I was 1 year old), full of subcutaneous needles on the hands and legs, painful at every step I make, with the tissues destroyed because of 11 years of injections and pricks walks by the doors of all the Institutions of Romania, but they have all slammed the door in my face.

They ignored all the laws and requirements of the Romanian Constitution, including the requirements of the EUROPEAN UNION and of the Council of Europe, they ignored the Children’s Rights, as if they are defending the penal documents made by the prosecutors in an abusive way, because of their lack of reaction, refusing even the right to be heard and to show them the documents of the abuses.

By not approving the audience that I’ve requested EVERYWHERE, this means that all of them are too busy for 3 years, too busy to defend and protect a 13-year-old child in front of two prosecutors that have destroyed and that have abused ONLY HER and THE LAW.

There are 3 years in which I was ignored by all those who should have urgently taken actions against the two prosecutors, allowing them to violate the Constitution, the oath taken, the Law on the Protection of the Rights of the Child, countless civil and criminal laws, the Charter of Rights fundamental of the European Union which provides for the rights of the child in the legal proceedings

And no, don’t believe that they have stopped here! They left me without a father and brother because they have obliged my father to sign a commitment that forces him to keep secret the research of the other persons in the criminal record (among those persons is me the daughter of my father that was forced to sign this commitment).

They obliged the dad to betray his ill child and they blocked him to be my parent and would leave the 10 years old girl, alone facing the abuses that were to come. My dad was signing this commitment on the 23rd of August 2017 and the prosecutors were pouring in my house, 5 days later on the 28th of August 2017 where they took away from me all my possibilities to live and for my treatment, including the money for the insulin. They used my half brother as a tool for my destruction, making him a witness against me.

Using parents against children, children, and brothers versus brothers, those prosecutors CANNOT belong to this era, but to the communist era which my mother and grandmother have told me about.

They messed up the family relationships, as well as my right to a family as a child, enshrined through the Constitution of my country, of laws of the Romanian State, and the regulation of the European Union.

They abused my rights and the poor health mutilating my childhood the human dignity, morality and they rejected all my audience applications which I requested in virtue of my right to be heard.

Alexandra has also called 112 and the officer told her: "You keep the line busy" and put her on hold and the prosecutor put the police to wait. Instead of getting help from the institutions forced to rescue, DEATH came. .And instead of being rescued, Alexandra was never to be found.

The prosecutors investigated the mother and grandparents and waited again until DEATH came in, and also Luiza was never to be found.

I waited for a very long period of time, 3 years.

For us, someone was happy, someone cried, someone sacrificed, but above all, they prepared us to become the people belonging to the EU.

Please protect our childhood! Protecting us, protecting the future of the EU. Taking care of our "health" as countries, make sure that the EU itself is a "healthy" family. Because in addition to a healthy clime, we also need a healthy climate and the climate means "people".

I am a girl in love with her country. Disney-land has made my childhood enjoyable and has helped me get through the illness more easily. In Rome I went to see "Trajan's Column" and I better understand how the history of my country and the connections with our Italian relatives. But each time, I returned with more longing to my country, came with more love to Romania and more I loved my grandparents' house, the smell of baked bread in the fireplace, the flowers in the garden and the dogs and cats that made me happy.

I want to live in my country as a child whose rights are respected and protected. It is not right to be abused by anyone and especially by those who make the law! And I think maybe our democracy is too young and needs your support to give it strength. By helping us learn to respect fundamental rights and freedoms, we will also succeed in giving credibility to our institutions. And we will also have a healthy country, with smiling and happy children who will learn from older people, how to respect and not how to abuse.

Under "Justice in the interests of the child", knowing the EU's concern for the treatment of children in justice systems.

Being a warrior of my kind, knowing that God gave me this disease to make me stronger, I did not let myself be defeated by the power of the prosecutors, even though I am so small, and they are so big and that's why am trying another opportunity to be heard and with great confidence, I would like to speak in the European Parliament.

Links to some articles about me from Romania -source: Evenimentul Zilei-