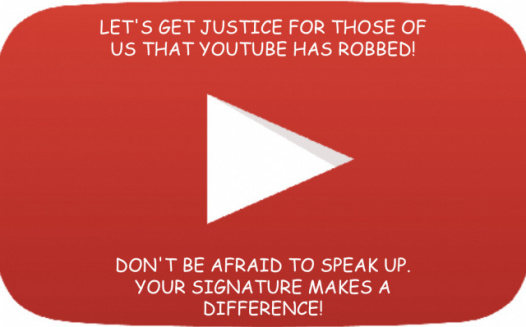 My YouTube Channel Chris Kidd has been unfairly targeted by YouTube and as a result I've been losing out on money. YouTube continues to put strikes against my account for "violations" even though my content doesn't violate their terms and conditions. They pick and choose which accounts to blackball based on simply not likely the content of the channel. Also they take into consideration who doesn't have a large following and take advantage of that as well. I've contacted YouTube several different times to appeal their decisions but they've upheld them even though they were clearly in the wrong. I've provided proof that and I was ignored. To anyone else who has had a similar situation please sign my petition so we can attempt to change this and if you could Donate I would really appreciate it. Thanks