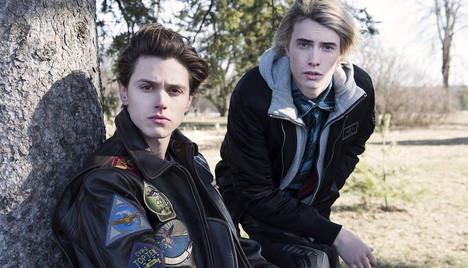 For a Second season of EyeWitness

Eyewitness is a critically appraised TV series and GLAAD nominee thanks to its high quality writing and acting. Barely promoted before and during its airing time, it was cancelled after one season, a decision which didn't take into account that the TV series was able to find an audience in spite of the lack of promotion or that the number of viewers finding about it and expressing appreciation for it even after the finale has kept growing steadily, as testified by its continuous popularity on social media and praise from critics. Indeed, Eyewitness has a strong, international, devoted fanbase who has worked very hard to promote the show, because they find themselves finally represented in this series. Eyewitness is, in one word, groundbreaking. Not only is it the first crime series with LGBTQ leads, but it also offers a fair and accurate representation of LGBTQ issues, normalising the relationship between two teenage boys and presenting it as just any other love story, with no clichés or stereotyping. This, together with the many other issues accurately explored in the series (equality in gender roles, PTSD, foster care, suicidal thoughts, drug abuse) and the very positive critical response the show gained, is the reason why we are petitioning for Netflix, Hulu, Amazon, HereTV or Showtime to pick up Eyewitness and let the story continue. We believe that, with the right promotion and on a platform that would allow a wider audience to be reached and international views to be counted, the show would thrive and continue to make an impact, as it was able to do with its first season.