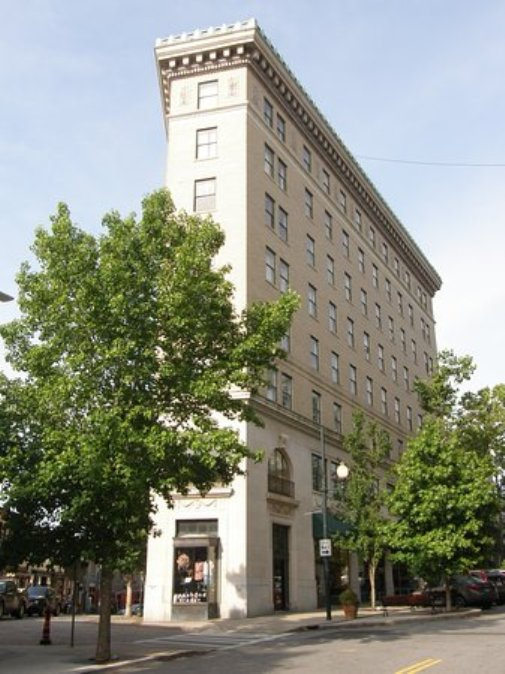 Save the Flatiron Building

UPDATE: Around 9pm on May 14th, before an official vote could be recorded, five Asheville City Council members addressed the hotel applicants and the audience. FOUR OF THE FIVE COUNCIL MEMBERS EXPRESSED THAT THEY WOULD BE VOTING AGAINST THE HOTEL. At this point, the hotel's attorney withdrew his petition in defeat.

Here's how the voting broke down:

Mayor Esther Manheimer: Did not vote, but her closing remarks seemed to hint that she would have voted for

THANK YOU TO ALL WHO SIGNED THIS PETITION!

The 93-year-old Flatiron Building currently houses more than 70 small businesses and organizations. On May 14th, Asheville City Council will meet and vote on whether or not to convert the Flatiron into a hotel and displace all the businesses there.

On April 8th, Asheville's Planning and Zoning Commission voted 4-2 to move the luxury hotel project forward. The City Council is the final body that will vote on this project.

Asheville does not need another hotel

There are already ten hotels within a half of a mile, two of which are across the street from the Flatiron Building. The new luxury hotel would also fail to provide parking. More importantly, it would eliminate more than 40 parking spaces from Battery Park Ave, Wall St, and a parking structure, which the hotel plans to use for valet parking, on Coxe Avenue and Sears Alley.

The massive Arras Hotel is currently being built on Patten Avenue. Besides the Arras hotel, there are 3 more hotels approved by City Council. One is on the corner of Merrimon Ave and the I-240 exit, another is on Biltmore Ave near Hilliard Ave, and the last is just west of Beaucatcher Tunnel. How many more hotels can Asheville possibly sustain?

Even before the Arras Hotel and other hotels are complete and fighting for guests, the current hotels in Downtown Asheville are often unable to book their rooms from Sunday night to Wednesday night, with tourists mainly interested in Downtown Asheville from Thursday night until Sunday morning. Another hotel would undoubtedly face the same problem.

Who benefits? Not the people of Asheville

Because of all the recent hotels, Asheville has a shortage of places for residents to live and a shortage of office space for small businesses.

While many in Asheville will be harmed by a new hotel in the Flatiron Building, the landlord and hotelier stand to make millions from the deal, with the landlord seeking at least $16 million. In return, the hotel would offer jobs that pay locals badly, and would do nothing to offer affordable housing to Ashevillians.

The landlord and his company claim that converting the historic Flatiron Building into a hotel is the only way to save it. There is no reason that it could be converted into a hotel, but not into condos or apartments. Asheville needs more places for people to live and more small office spaces.

It is not to late to protect Downtown Asheville and the Flatiron Building.

Attend City Council's meeting on Tuesday, May 14th when they will make the final decision on whether or not to convert the Flatiron Building into another hotel. The meeting takes place at 5pm on the second floor of City Hall. Voice your opposition to City Council approving another hotel at the expense of the citizens of Asheville.