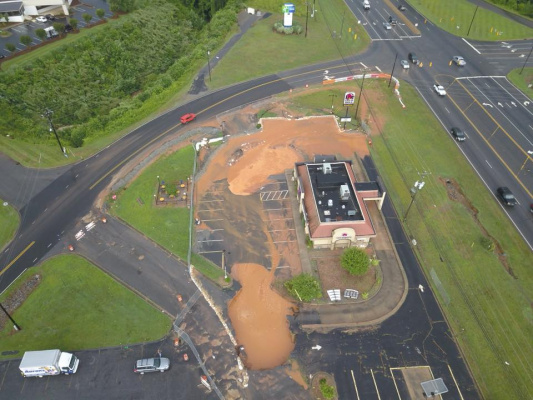 653 people have signed this petition. Add your name now!

For 2 yrs almost, our beloved town has been seeing this ugly mess that is even resulting in the environment and possible water contamination in which we drink.Little has been accomplished or done other then band aid and duck tape work that has not done anything. Officials are ignoring the people and need to take action either against JC Faw or do it themselves. People property is also being effected from rocks flying at other peoples cars and being scratched, flooding and it has created Mosquitoes that could carry disease to be hanging around as a breeding zone. The danger would result in also the people on the road if the sink hole continued to widen injuring or killing someone. How many deaths can you live with on your shoulders before voice of the living make you pay for what you did and feel conscience on your shoulders? We as the people deserve better and do not need to live in fear of weather we will be the victim or the family babies of the victim who were lost.