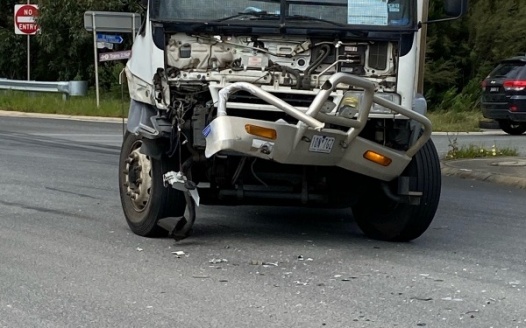 Vic Roads it is on you to fix the Tynong North/Princess Highway intersection before someone is killed there. There is a desperate need for traffic lights, an overpass or a service road at this heavily used intersection with deplorable visibility city bound with heavy vehicles entering it 24:7. There is only 200m on a curve with minimal signage for traffic approaching. Drivers are constantly panicking and hitting the brakes and swerving when they see heavy vehicles enter the right lane after leaving the quarry. We know because it’s happened to us on multiple occasions. At the very least lower the speed limit, install flashing lights and increase the signage to let drivers know heavy vehicles will be entering the highway.