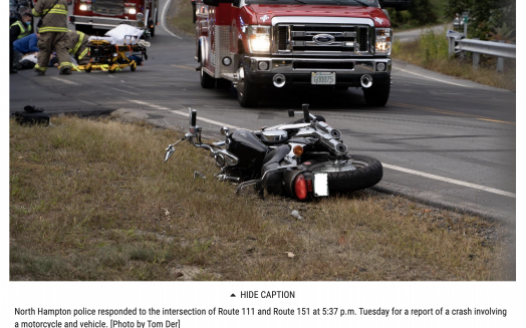 The intersection of state routes 111(Atlantic Ave) and 151 (Post Rd) in North Hampton has been a well known problem for many years. Numerous accidents including several severe accidents have occurred at this intersection. There is at least one known fatality that occurred in 2010. Quick fixes have been installed but do not work. We, the residents of North Hampton request that town and state officials immediately address and resolve this dangerous intersection before one more accident takes place.