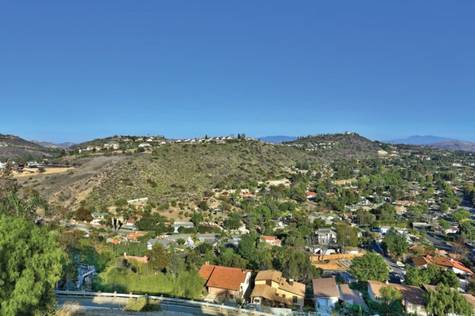 1089 people have signed this petition. Add your name now!

The residents of unincorporated 92705 know how unique this area is … a slice of country living with large lots, void of commercial commerce and restrictive HOAs. At one time this community also enjoyed its own zip code and that helped define its uniqueness.

However, that was until 1995 when the US Postal Service moved 4800 Santa Ana addresses from 92701 into 92705, resulting in an alignment with the City of Santa Ana. The USPS made this move outside their own procedural protocol by not notifying its residences, without consideration for the concerns regarding the general confusion that would arise and the adverse impact to community identity and property values.

This dilution of our zip code has resulted in misrepresented crime statistics, higher insurance costs, , general confusion surrounding our identity and undervalued property prices. In an effort to address these detrimental effects, we are soliciting your support for our petition to the US Postal Service requesting the assignment of a new zip code, one that better services and identifies our community.

In July 1995, the US Postal Service, unilaterally and without warning, moved 4,800 addresses from the 92701 to the 92705 zip code. They did this to provide better mail service to about 700 businesses located near the North Grand Ave post office. This change resulted in 92705 being aligned primarily with the City of Santa Ana. This change was enacted without the due process of notification to our residents, against the Postal Services own procedural protocol, and without consideration for the concerns regarding the general confusion that would arise and the adverse impacts to community identity and property values expressed by existing 92705 North Tustin area residents.

Our petition seeks to amend this error and restore our community identity to its original state prior to the 1995 change. Providing our community of approximately 25,000 residents with its own unique zip code will have significant safety, service, and financial benefits.

Although the Postal Service originally created the zip code to facilitate the efficient and orderly delivery of mail, especially as the Age of Big Data has emerged, inexorably, the zip code’s use has been widely adopted by non-delivery entities as a geographic locator, providing a convenient, if imperfect, means of targeting populations for performing demographic research, setting insurance rates, estimating housing values, remitting state tax revenues back to localities, and directing advertising messages. Issues arising from the use of a zip code that is not reflective of one’s true community have been exacerbated in recent years by the proliferation of data providers that use the zip code to profile communities across the Internet. This inaccurate representation has resulted in a number of detrimental impacts. If left unmitigated, this situation will continue to deteriorate delivery services and home values.

The following provides a summary of the rationale supporting the case to establish a dedicated zip code for the North Tustin community.

Service delivery has deteriorated over the years due to population growth, the very large territory that 92705 covers and the increased traffic between the distance from the Grand Ave post office and the North Tustin community.

For example, residents receive mail very late in the day (often after 4pm) and it is not uncommon to have to deliver a neighbor's mail that has inadvertently been mis-delivered.

Many have resorted to using private carrier services (FedEx, UPS) to get mail and packages delivered earlier. The inconvenience is further compounded by having to drive to the Grand Ave post office that is a significant distance, wasting time and gas, to retrieve packages that require signature for pickup.

The 92705 area encompasses over 11 square miles, close to 5,000 businesses and more than 15,000 housing units, making it among the largest zip codes in the county and a good candidate for the reassignment we propose. Service can be vastly improved by designating a separate zip code for North Tustin, something that would benefit not just the businesses and residents but the USPS as well.

911 – When seeking emergency assistance from law enforcement using a cell phone, residents are directed when dialing 911 to dial a separate number for the County Sheriff Dispatcher adding minutes and potential added risk to the request for help. This confusion is caused by the fact that two law different law enforcement agencies are servicing 92705. The City of Santa Ana has its own police force while policing for our unincorporated area is provided by the County Sheriff.

Often calls are routed to the city police only to find this was the wrong agency and the call is then rerouted to sheriff dispatcher. The sheriff’s Department tries to solve this problem by telling people to call the Sheriff’s dispatcher with any policing issue.

People can remember 911 but forget the 10 digit Sheriff Dispatcher’s phone number. Calling the Sheriff’s Dispatcher also fails if what is needed is California Highway Patrol (CHP) support. In that case the Sheriff’s Dispatcher needs to transfer the call to 911. Public safety in emergency situations, especially in times of fear or panic, is all about having a “one-stop-shop” phone number…Yet, in the 92705, between the City of Santa Ana Police Department, the Orange County Sherriff, and the California Highway Patrol, we have three (3) competing services.

A unique zip code would enable residents to have direct access to law enforcement aide.

Emergency Vehicles – The incongruent designation of the Santa Ana mailing address can cause confusion for emergency vehicles targeting destinations in the North Tustin area. Some emergency vehicles have been misdirected by confusion over which community a call has come from, based on mailing address information. In the event of a life threatening emergency, response time is critical and a matter of minutes may be the difference between life and death.

Neighborhoods are adversely affected when residents feel the sense of community diluted through the use of a shared zip code which incorrectly identifies the location and nature of their community. North Tustin’s identity is lost by sharing a zip code and name with a larger city that is quite different and not even geographically adjacent to it.

The US Postal Service officially recognizes the unincorporated area of 92705 with three “city” names. Residents can pick which one they use. However, on GPS or dozens of other mapping and internet programs including the Multiple Listing Service (MLS) our area is identified as Santa Ana. People are unable to find our area using the name ‘North Tustin’ on maps, GPS, MLS and dozens of other internet searches that only show ‘Santa Ana’ and often misdirect people. As a consequence, visitors and delivery drivers often get lost, run late, and waste fuel. Many typically drive towards Santa Ana and don’t allow enough time, thinking we are located west of the 5 or 55 freeway. It is with great exertion that residents must constantly explain that a city name in which they do not live has been assigned to them by virtue of another community’s post office and that ‘North Tustin’ is the correct geographic indicator of the general area in which they do live.

To further eliminate confusion, simultaneous to this request for a zip code change we will also be requesting that the Post Office refer to our area by the new name selected by our community. The appropriate community meetings and surveys are coincidentally being conducted to establish a new name consensus and the final result will be submitted to the USPS prior to when the change in zip code is implemented. Our timely submission of both requests, zip code and new name, offers many solutions to the residents and businesses of our community.

North Tustin is unique in Orange County, with low density and large lots. Property values in North Tustin are adversely impacted by the zip code designation that includes the high density industrial and commercial areas outside of the boundaries of what was traditionally considered North Tustin. This affects North Tustin homeowners negatively when trying to sell their homes. Comparables and Realtor searches provide lower sales figures for the area due to the use of a misleading zip code for property evaluation. Property values in the North Tustin area currently lag those of the neighboring and similar communities of Tustin and Villa Park. This was not the case prior to the 1995 zip code change.

The general public looking for homes in the area are confused by the Santa Ana address and thus reluctant to purchase. This confusion is further magnified for prospective home buyers and realtors from outside the area. A recent survey we conducted revealed that 78% of local realtors encountered prospective buyers that have refused to purchase a property upon learning that the home located in North Tustin has a Santa Ana address, thereby confirming this growing concern.

There is documentation that indicates that homes listed erroneously in the MLS and Internet as Santa Ana while located in North Tustin sell for less per square foot. This fact adversely impacts current and future residents and results in significantly lower property tax revenues to the County of Orange.

INSURANCE RATES: There exists a growing proliferation of data providers that utilize the zip code to profile a community. Most homeowners and auto insurance rates are driven by zip code. As a result, crime statistics attributed to North Tustin are incorrect on several public websites promoting an erroneous perception of our community as an undesirable place to live. North Tustin is one of Orange County’s safest communities but metrics using our zip code do not reflect that. As a consequence, our residents bear the unfair penalty of having to pay higher rates in comparison to our neighbors such as Villa Park or Orange Park Acres.

TARGET MARKETING and business investments which are often driven by zip code demographics are misguided by the very dissimilar neighborhoods that are merged into the same zip code. The sheer costs to many businesses and government entities that misguidedly address communications outside their intended target market due to the zip code confusion can be easily rectified through a new dedicated zip code, thereby benefiting all.

Our community identity has been compromised when the 92705 zip code was expanded to include areas outside our community, a change made without our input many years ago and without consideration for the many adverse ramifications that have arisen since then. This request will align our zip code with our physical geographic location. This will alleviate the confusion and misrepresentation that occurs across search engines, community reports, businesses and government entities that rely on zip code.

The general upheaval that results from having to share a zip code and name with a different city is further evident in the following:

Voting Locations- Residents are bewildered about where to vote in municipal elections because they have difficulty distinguishing between their voting address and their mailing address resulting in decreased voter turnout.

Over the next few months, we will be conducting informal surveys within the community to determine the level of support for a name and zip code change. Initial results indicate that majority of the residents polled are unhappy with the current situation and are strongly in favor of these changes.

Your support is key to accomplishing this very important change for our community.

Visit the fcahome.org/fix-our-zip website for more information on this crucial endeavor.