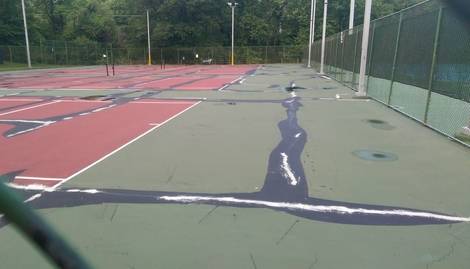 Dear Members of the Arlington County Board,

I am a tennis enthusiast and enjoy playing tennis on Arlington County's public courts. Like many other residents, I appreciate that Arlington County’s Department of Parks and Recreation (“DPR”) staff have responded to requests to address periodic maintenance needs at tennis courts such as nets, fences, and gates. However, merely patching cracks in tennis courts from operating funds, unfortunately done too frequently, does not best serve the tennis playing community’s needs, and it wastes taxpayers’ money. Instead, full reconstruction of courts that have deteriorated beyond their useful life is a far better option. In recent years, such reconstruction was done quite well at Towers Park and Virginia Highlands Park.

I appreciate that the County Manager's Proposed FY 2017-FY 2026 Capital Improvement Plan (CIP) funds initial stages of repairing tennis courts at three Arlington County parks beginning in FY2018. The plan also funds the redesign of Quincy Park in FY 2023. Given Arlington's tennis courts’ serious states of disrepair, I urge the County to accelerate those particular projects, including moving Bluemont reconstruction to from FY18 to FY17 and accelerating the replacement of Quincy's courts to FY 18. I would also urge that the County not delay other tennis court renovations included in the CIP, while searching for new venues to increase the dwindling number of tennis courts in the County. The Arlington County Tennis Association (ACTA) has written a detailed statement to urge that the Final CIP allocate more funding to tennis courts compared to the Proposed CIP. I endorse this effort.