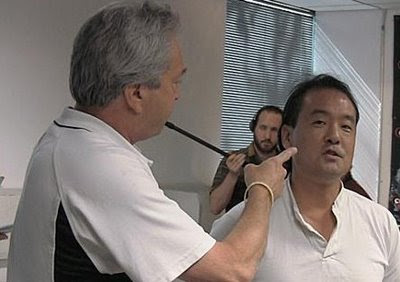 For years, Tim Kawakami has been spreading FUD on the pages of the San Jose Mercury News and on the interwebs.

It seems like his main goal is not covering sports. Rather, he is intent on making inflammatory comments or writing source-less articles intended to generate clicks. He has pissed off almost every coach and player in the Bay Area. At a certain point, fans need to say enough is enough. Today is that day.
Some of his behavior includes:
-Acting like a petulant child by smugly responding to anyone that says anything contrary to him on Twitter, chastising them, and then blocking them.
-Making blatantly false, and potentially damaging statements, like the gem on 4/15/14 where he said "according to sources close to the team" that Aldon Smith wouldn't be playing for the Niners in '14.
-He has also drawn the ire of David Lee, the entire Raiders front-office, and I know Jim Harbaugh wouldn't piss on him if he was on fire.
-Having a super-wonky eye
Please help in making sure that the Mercury News knows that the people of the Bay Area don't want his opinions force fed to them anymore.