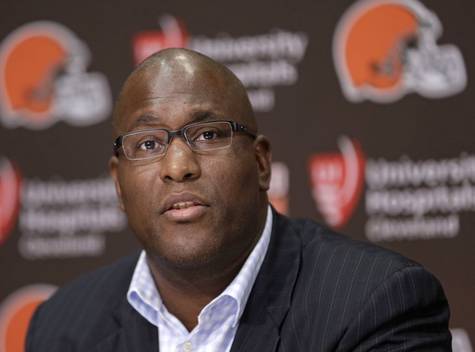 We all know the Browns have been nothing short of a nightmare since their return to Cleveland in 1999. Every fan knows the agony. 3 games into a season and it's already time to start looking forward to next year' draft. The current General Manager, Ray Farmer is not helping the cause. He is somehow doing the impossible- worsening this team. Justin Gilbert, Vince Mahle, Terrance West, Johnny Manziel, 'Text-Gate', Cam Erving (if you're drafting an OL in the 1st round, he better be a starter).

This city deserves better. Let's get this bum out of town before he makes this team any worse off.