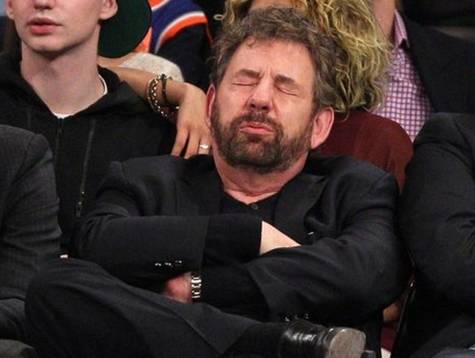 These are a few of the many adjectives used to describe the New York Knicks in the past 15 years. Our beloved Knicks haven't been a threat to the NBA since Latrell Sprewell released his Spree Sz9 Spinner shoe.

These are a few of the many adjectives used to describe New York Knicks owner, James Dolan. Washed up superstars given mega deals. Young talent being sent away. Trading draft pick after draft pick. This man is a greedy, money hungry slob, who doesn't have a sense of basketball knowledge.

It is time for Knicks fans to stand up and get this man out of here. It is time for the revolution. The Knicks are a joke, and it is a direct reflection of their owner. It starts at the top and it's time to take "King" Dolan from his throne.