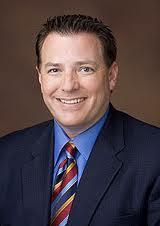 As a longtime Golden State Warriors fan, it is time for the organization to find a new voice for its television broadcasts. Like a petulant, and spoiled child, Bob Fitzgerald represents the culture of what WAS wrong with the Warriors organization before the sale of the team to new ownership.

Fitzgerald has done nothing but make excuses for complacency in the Warriors organization for a number of years. Now, with the team riding high, he comes across as an irritating, pompous blowhard who feels entitled to the team's success.
Fitzgerald doesn't represent myself as a Warriors fan. I understand there are two sides to a basketball game, yet Fitzgerald's inability to remain impartial hinders the viewing experience. Constantly berating officials, not giving the opposing team credit when they do have some sort of success against the Warriors (writing it off as luck or uncanny as if the Warriors aren't allowed to face adversity at all), and overall lack of professionalism demand the Warriors organization make a change.
For over 20 years, fans have had to put up with Fitzgerald's nonsense. We begged and pleaded for the organization to keep beloved color commentator Jim Barnett and they responded by renewing Barnett's contract. The Warriors should respond to fans requests for numerous years now that Fitzgerald no longer represent Golden State, thus finding a new voice to represent the team.
The Golden State Warriors deserve better when it comes to play-by-play broadcasting. Fitzgerald's complacency and homer-like broadcast call do not represent the standard Warriors fans expect and deserve.