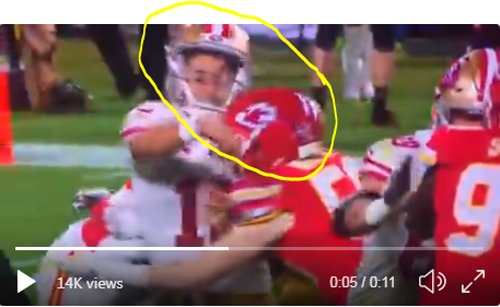 Bill Vinovich performance in Super Bowl 54 was a disaster (https://www.youtube.com/watch?v=q8KBD2IK_CM) (https://www.msn.com/en-us/sports/nfl/three-questionable-missed-calls-that-hurt-49ers-in-2020-super-bowl-loss/ar-BBZADbS), he needs to be fired to improve the quality of NFL games, please sign this petition to get it started.

Aside from the outcome of the game, why is this petition important? Well, the very first person, Mike Webster diagnosed with CTE according to the NYPost 27 November 2019 still has not received his settlement from the NFL (https://nypost.com/2019/11/27/mike-websters-family-fighting-for-nfl-concussion-settlement/) and he last played in 1990, roughly 30 years ago. I don't know if his family has received his settlement, however, this is a big reason why rules of the game needs to be enforced.

The other big reason for this petition is for all games to be called fairly, I mean and as it is seen and not to be called with any type of external influences. I’ve never seen such a game that was called so one sided, it is my opinion that this Super Bowl 54 superseded even the Super Bowl with the Ravens, which was another game that was called one sided and another reason why this petition is being created. I reach out to the NFL and 49er community for support and to put forth a genuine effort to improve our games, because if we don’t do this now, I really don’t want to see a world without the NFL, this could be the beginning of the end of the game that we all love. Can any of you imagine what the world would be like without this game?