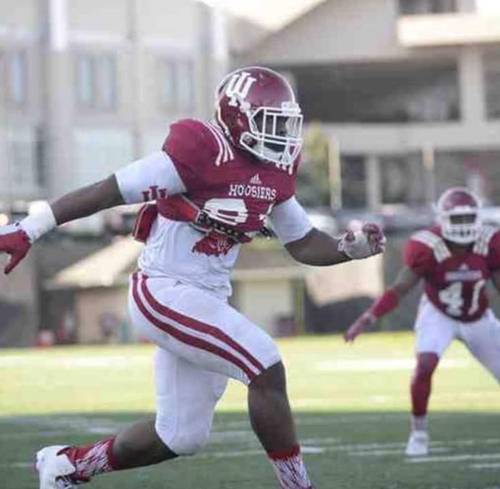 NCAA and parties that are involved in the decision making.

We ask that you over turn the decision you made against Derrick Madison an IU Bloomington student. You ruling him ineligible to play football, a sport that he truly loves. The school Ivy Tech of South Bend, IN. Helped him further his hopes of attending Indiana University and pursuing his goals of being a student athlete. However, by enrolling in classes to continue his education this lead to miss advising, which lead to him jeopardizing his eligibility. With him not being in control of the actions of that institution, we feel that the class that is in question should not be overlooked. However, it shouldnt be considered a prerequisite or an elective course either. But the new student courses should just be entry class that every student is forced to take during their first year of school. this course is shown in schools as a one to two credit course. Out of thirteen new student courses that ivytech offers all but one is only one credit, they placed him in the only three credit course. While transferring to Indiana university, they only viewed this course as two credits. Mr. Madison wouldn't have agreed to a class that would effect his chances of pursuing his goals. We ask that you reverse your decision and take in consideration the hardship of this young man and see how his actions display his eagerness to progress. The NCAA over time has showen there ability to see the importance of allowing those who strive and represent more then just the sport to continue there aspersions, while playing the great game very few get to play. If you look in to Mr.Madison's involvement and his accomplishments throughout his life and community you will see a outstanding man that we all hope, the young men we shape would become. We hope you allow Mr. Madison a waiver and Grant him his senior season. One that he worked so hard to get. So we ask that you allow him to pursue his destiny and graduate with a degree in psychology and continue being part of a wonderful football team. GO IU