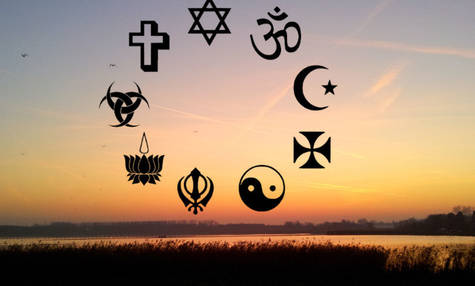 Fighting For Freedom of Religion

For some time now our government and even some Americans have been pushing to have the rights of Americans pushed to the back burner. We for far too long have let things go and allowed these non-believers to push us to the back and say we can't believe that way because they don't. Many want religious people to simply hide in a closet about their beliefs and pretend they don't believe.

The problem I have with this is that this is infringing on the rights of those of religious faith. We as a nation let our prideful pledge of allegiance be shutdown because of the words "In God We Trust". How can we as a nation say that we have the freedom of religion but then say they must stay quiet about their religion. Employers have even taken this so far that I know a man who nearly lost his job for talking about someone needing God in their life outside of work. I don't know about you but if he is not at work how does this company have the right to say he does not have the right to express his freedom of religion to a person he felt needed to hear it.

So this is what I would like to see happen. I would like to see all those who are religious regardless of what it is you believe in to stand together to fight for the right to express your freedom of religion. If we do not stand together on this big corporations and the non-believers will win this and we will be forced to express our religion only behind closed doors in a private building of like-minded people.We need to have this law ammended to continue to fight for our rights as Americans.